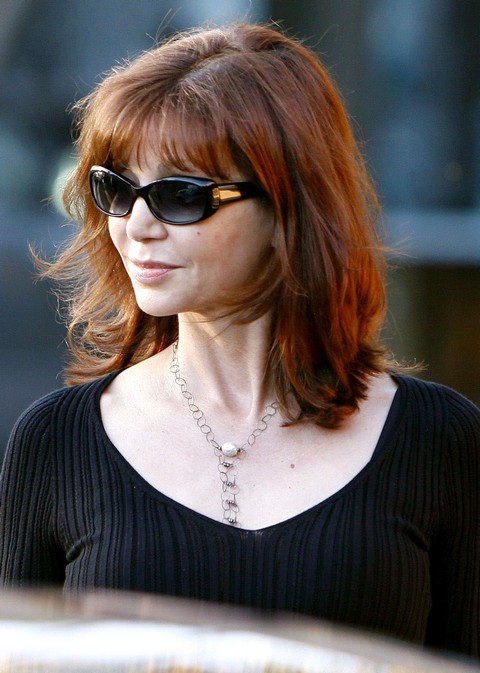 The extremely popular 80’s television soap, Dallas, has been revamped, rebooted, and reinvented for a new generation. Larry Hagman reprised his role as the nefarious J.R. Ewing in the reboot, but unfortunately, Hagman’s untimely passing a few weeks ago left a void on the new Dallas, and producers are currently scrambling to cast one of the original actors in a reprising role. One of these former cast members, Victoria Principal – who runs the highly successful skin care line, Principal Secret, in Los Angeles – has already been approached by producers to return to the world of Dallas and to reprise her role of Pam Ewing. However, Principal is not budging.

According to a National Enquirer source, “They’ve tried to get Victoria to come back a number of times, but she hasn’t budged. That’s because she has a multimillion-dollar business to run in Los Angeles and she wants to stay close to it – and ‘Dallas’ is now filmed in entirely in Dallas, [Texas].” From 1978 until 1987 – four years before the show ended in 1991 – Principal starred as Pamela, Bobby Ewing’s first wife. There’s still a very slim chance that the 62-year-old former television beauty will return to the show. The source explains, “She hasn’t closed the door entirely. The producers have been in talks with her since the new series began. And now that Larry has passed, they’re once again begging her to come back. Producers have assured her that they would do anything to work around her schedule.”

The writers never officially killed off Principal’s character; Pam was living a secret life while suffering from a terminal illness when Principal left the show in 1987. This creates an opportunity for producers and writers to bring Principal back to Southfork, allow Principal to reprise her role as the famous Pam Ewing, and to also conclude the three-decade long oil tycoon saga.

In the end, J.R. Ewing might have been shot, but the actor, Larry Hagman, will forever live on in the memories of millions of adoring fans – with or without a farcical reboot of the show that made him the epitome of fame.