Dayana Mendoza Takes Down Lisa Lampanelli – Puts The Bitch In Her Place! 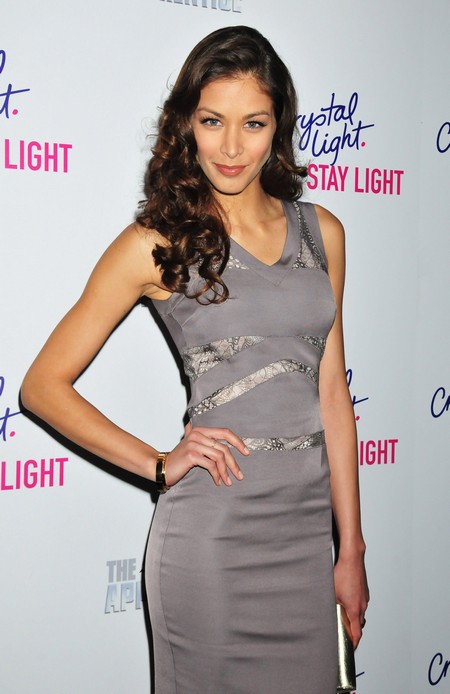 If you have been watching Celebrity Apprentice like me, you know how mean and bitchy Lisa Lampanelli has been from the very first episode.  The self-proclaimed bitch has been rude to everyone except her “pet, Aubrey O’Day. The worst of her backlash has been against model and beauty pageant winner, Dayana Mendoza. Week after week, Lisa has insulted her team mates with racial slurs, profanity and personal putdowns.

In one episode, Lisa called Arsenio Hall a “bitch ass mother f*cker”. Lou Ferrigno got the deepest and most hurtful insults when Lisa went so far as disparaging Big Louie’s hearing loss disability, “Lou likes to lay low and kind of skate under, this is strategy, he only has brawn to add, nothing else. He uses his hearing loss as an excuse when he needs it, it is absolute manipulation”.   It is absolutely unconscionable that Lisa continues to get away with all this, but hold on there is more…

Lisa saves her racial slurs primarily for Dayana, here’s what she spewed, “I’ll cry for you Argentina because you are going to lose this task, you have no friggin’ ideas in your head” and she’s also said: “I actually would love to see [Dayana] giving birth.  She’s a sp*c!  She’s going to do it f**king soon, anyway. She’ll be knocked up before the end of the week.”

OMG, this bitch is out of control!  Arsenio Hall took down Aubrey O’Day when he reached his limit, and last week Dayana did the same to Lisa, enough is obviously enough!

In the boardroom last week Dayana came right out and told Trump and her fellow team mates exactly what all of us have been thinking about potty mouthed Lisa, “The aggression and disrespect she carries within herself and she projects to others, I don’t think that in any business you should have any aggression to your partners or your team.” Well put and very classy.

Now I really thought that after all Lisa has done that Trump would just fire the bitch, for at least to show that he is against bullying the disabled and racial slurs, but nope, here is how Lisa saved her ass – if only in Trump’s eyes – and showed America that she is a good actress, as well as a comedian.

“I’m a comedian, I got into this business to make people happy and that’s what I do every day. I did not get into this business to make girls cry, so, I may just bring myself in (boardroom), I’m not going to be a villain because I have strong opinions and I have not decided what I am going to do yet. I am a comedian, you know I say the craziest things to people and nobody gets upset, no one ever walks out or gets angry”.  Duh, people are getting angry…

So after all this does Trump throw her out? No, he tells Lisa that America will see the softer side of her and just like her more because of it. Hold on, I just threw up in my mouth, seriously!  In the end, one thing is for certain, Trump has a serious love affair with ratings!