Is Aubrey O’Day The Biggest Whore Ever On Celebrity Apprentice? 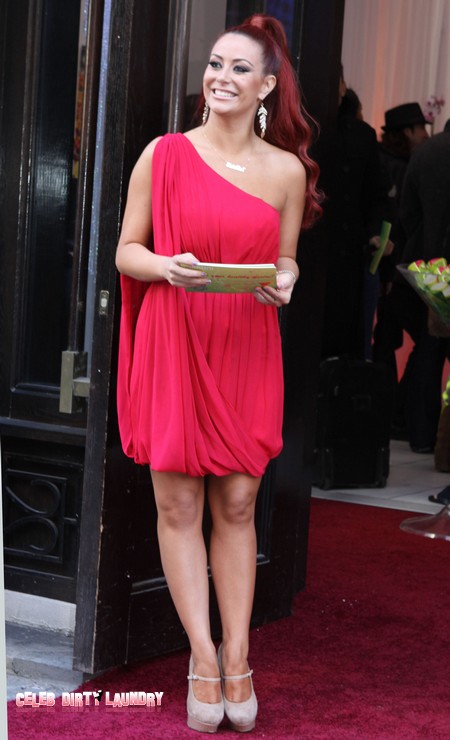 Last week on Celebrity Apprentice Arsenio Hall made history with one of the best “take downs” in the show’s history. It all went down when Arsenio reached his limit with resident “stank ass”, Aubrey O’Day. If you missed any of it, you can read the full detailed recap of the “take down” HERE.

Aubrey recently spoke to Us Weekly and told them ‘I guess it’s flattering that I upset him so much”. Is this bitch serious? He made her look like a complete idiot by giving her a powerful dose of ‘whoop ass’ and she is flattered? Is the ‘fake’ red head having a blond moment?

One thing is for certain, Aubrey has certainly changed her tune since taking the infamous elevator down in the last episode. I wonder what happened to.. “I don’t want to be around all the negativity anymore. The environment is so ugly. I just don’t know if this is the right place for me.”

Obviously the drama isn’t over yet and Aubrey tweeted that she took delight in how she wound up Hall. It didn’t appear to me that she was delighted when she was crying and stormed out of the room right to the elevator, suggesting that she was leaving the show. It seems to me that someone is a little embarrassed that she got slammed so hard and now wants to try and save face, well too late for that and just in case you need a reminder about how it all went down, you can check out the video below.

Now Aubrey has since revealed that she is in fact coming back up that elevator, “Arsenio gets worse in the next episode, when he calls me a whore”, if the shoe fits….. “he doesn’t want strong women to have too much of a voice. Typical in this industry”. A strong woman doesn’t wine and cry in front of Trump when things don’t go her way, does she?

Aubrey was rude and venomous to her team mates, she insulted them and took credit for the win. If Hall serves up another dose of that “whoop ass”, then she deserves everything she gets. Bitch should have went down and stayed down the damn elevator.