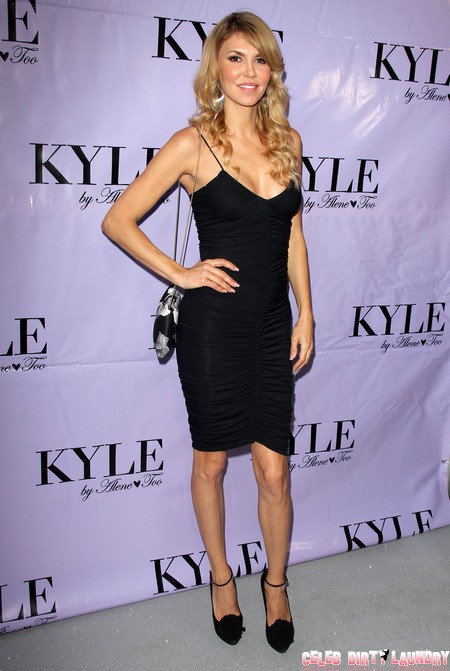 Once a cheater, always a cheater! This should be the mantra of all people on the dating scene. And it sounds like LeAnn Rimes is starting to realize how much of a bitch she was to Eddie Cibrian’s ex-wife Brandi Glanville, now seen on Real Housewives of Beverly Hills. Brandi admitted to slashing Eddie’s tires after she found out he cheated – how sad, what a cry of impotent rage!  Insiders are reporting that not only did possible indiscretion on Eddie’s part push LeAnn to rehab, we’re hearing that it might have been with his ex and mother of his children, Brandi!

We reported that an affair pushed LeAnn to rehab, where she is reportedly dealing with stress and insecurity problems. No wonder, the crazy singer is starting to feel karma’s wrath first hand. A friend explained: “LeAnn has had major insecurity issues since she first got together with Eddie. She’s been stressed about always being called a home-wrecker and also worried that Eddie is cheating on her. She’s been on a downward spiral.”

I don’t feel an ounce of sympathy for LeAnn. She is a home wrecking vixen and deserves to feel the pain she caused! She has been quoted as saying she doesn’t regret her relationship with Eddie, and basically that the means (whoring herself out to married men) justify the ends (their eventual marriage to her)!

I hope that Brandi has enough sense to not be with Eddie.  Of course if she much sense she wouldn’t have been with that snake in the first place, right? I think that, if she really is sleeping with him, it is probably to get back at LeAnn! It is no secret that she feels total contempt for her ex and his new wife, and it seems that breaking up their marriage would be the perfect revenge!

With Brandi’s perfectly toned body (did you see her loose-crochet bikini she wore on the Lanai episode of RHOBH?? Wowza!) and gorgeous bone structure, LeAnn better feel pretty threatened!