Emotionally Unstable LeAnn Rimes and Britney Spears are Two Peas in a Pod — Both Crazy! 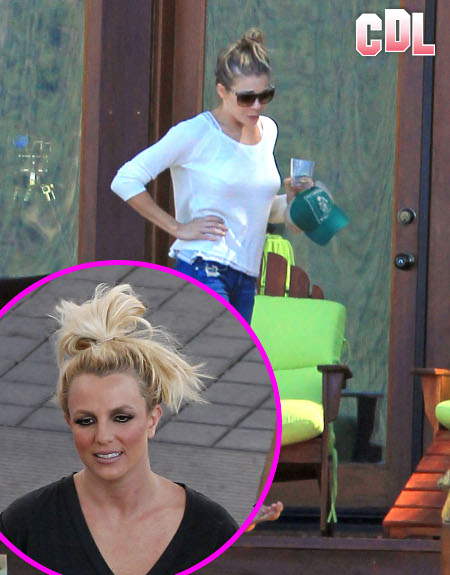 LeAnn Rimes decided to take a little time off from her 30-day in patient treatment program to do a concert, which she reports was an act to clear her head. Well, honey, isn’t that what your treatment program is for? She checked into the treatment program on August 29th and, being that she left for a little weekend fun, she wasn’t in their long before deciding to checkout to make some quick cash with a weekend concert. Remind you of any other celeb? We’re thinking of one in particular, a notoriously crazy, mentally unstable individual who recently got a shiny $15 million deal with X-Factor, despite her emotionally complex history: Britney Spears.

LeAnn is apparently seeking help for “buried issues” and “stress and anxiety.” While this isn’t the type of person we think should be performing for hundreds and hundreds of people at a 70-minute concert, she supposedly thought it was a good idea to do so. Also, the singer wasn’t afraid to let a bit of her crazy out of the bag and dump it all on her audience. “I’m pissed off at a lot of things, and I just can’t say it. So it comes out in the music,” LeAnn reportedly told the audience. “I’m totally cool and so happy,” she said. “I think I’m about to cry.”

Yikes! It’s fine if you want to perform, but don’t you think you should be discussing all that in therapy and not with a crowd wanting to enjoy some depressing Country music? Britney Spears, one of the hottest of all messes in Hollywood next to my girl Lindsay Lohan, is another one who has trouble separating her emotional/psychological life from her work life.

Just the other day, we reported that Simon Cowell had told a little white lie a couple months ago when he said that Britney walked off the X-Factor set because “she had to use the bathroom.” As it turns out, and Simon admits, Brit Brit walked off stage because she was suffering from a massive panic attack. In fact, she even threatened to leave the show!

Wow, what’s with all this crazy in Hollywood? Are you fans of Britney and Rimes? Do you think they should be working while dealing with all this baggage? Let us know what you think about these two crazies in the comments section below. We, as always, love to hear from you.