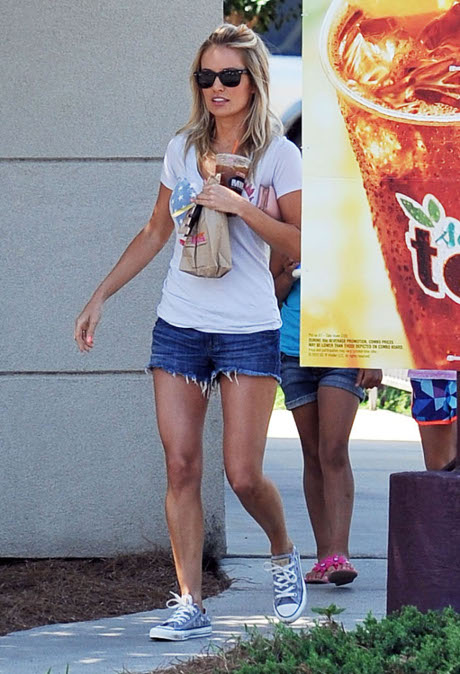 Emily Maynard has been getting a lot of attention as of late, and now family insiders have revealed that the Maynard family history is colored with arrests, murder, and drug dealings. Now, just to be clear, Emily Maynard isn’t responsible or linked to these ordeals in any other way but being related to those involved. One of her uncles was actually shot to death and another one of her uncles was convicted on the grounds of dealing cocaine and later sentenced to three years in jail. Every family’s got their secrets, but the Maynard family seems to have some exceptionally dark ones.

The southern belle tries hard to perpetuate her glowing image, so even though this isn’t directly related to her character, she probably doesn’t like this news surfacing. Especially after all the crazy drama surrounding her sometimes-on-sometimes-off relationship with Jef Holm, and now her brief textual encounter with John Mayer. On the other hand, she might love the attention.

“There’s a dark side to Emily’s family that she doesn’t want the world to know about,” an undercover family source tells the newest edition of Star Magazine. “Especially given that she’s put herself out there — twice — on hit TV shows that draw millions of viewers in part because of the contestants’ embarrassing revelations that always seem to come to light.”

John Robert “Bobby” Mullins III was convicted of dealing cocaine. The felony resulted in three years of jail time; however, the sentence was later dropped and instead he was allowed three years probation, on grounds that his distribution of cocaine was “not for profit.” He plead guilty to that charge. The probation was supervised. For full details on the the murder of Emily Maynard’s uncle you will have to check out the new edition of Star.

I’m just not too sure what to think of Emily Maynard. She was on the Bachelorette and, as is common with Bachelorettes, their time in the spotlight quickly fades. It lasts a couple years, max. But Emily seems to love the spotlight and she appears to be doing anything in her power to keep her name in the news. What do you think about Emily? Is she a famemonger? Or do you think she’s just another celeb victimized by a unnamed family member eager to cash in on the family name? Let us know in the comments section below.