Fan Favorite Soap All My Children Getting Closer To A Reboot

BY Robyn Good on December 31, 2012 | Comments: one comment
Related : All My Children, Television 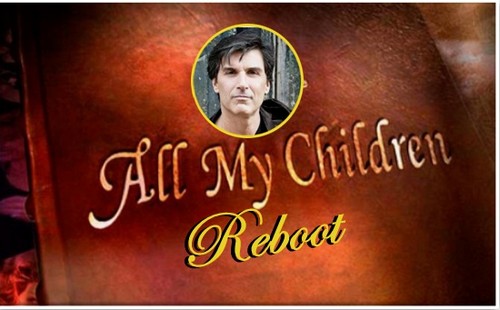 Since the cancellation of fan favorite soaps All My Children and One Life To Live fans have fought to bring the shows back.  It looks like all the effort fans put in is going to be rewarded and was not in vain.  Prospect Park was originally trying to save AMC and OLTL but failed in their attempt and the deal fell apart.

After the failed attempt Prospect Park started shopping it around to bring the soaps back on the internet.  If successful their plan is to bring both soaps back in 2013.  Reportedly, discussions with cast members have already begun.  As Celeb Dirty Laundry reported last week Susan Lucci has already been approached.  Unfortunately, she may not be available due to previous commitments.

Insiders for GLOBE Magazine note, “There is definitely an audience for the popular drams.  Since the cancellations of AMC and OLTL, the four remaining TV soaps – General Hospital, Days of Our Live, The Young and the Restless and The Bold and The Beautiful – “have enjoyed ratings growth.”

Vincent Irizarry who played Dr. David Hayward on AMC posted on his Facebook page this week that if the an AMC revival happened online he would be reprising his role.  David wrote, “Happy to share that I just signed on with Prospect Park for the ‘All My Children’ reboot! Excited to bring dastardly Dr. David back to life, as he did for so many others, and to see my dear friends in Pine Valley once again.”

Prospect Park has made no official announcement yet, but it looks like they are getting closer to a deal to bring our favorite soaps back.  It’s heartening to see a respected news source, such as GLOBE, assist the devoted fans of classic soap operas in their intrepid attempt to bring these great shows to TV.