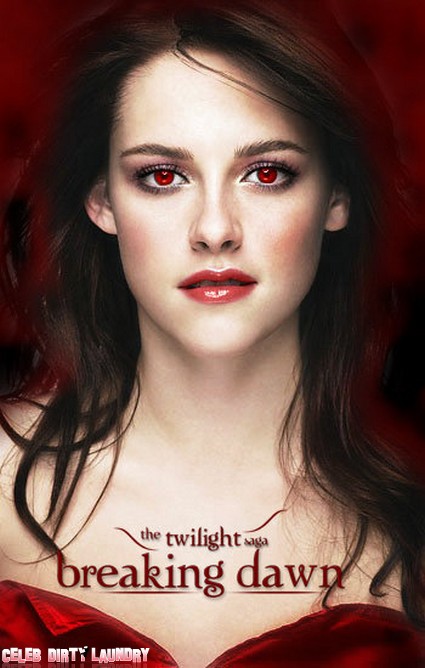 More treats for Twihards today – the first teaser trailer for Twilight Breaking Dawn Part 2 has been released. Woohoo! When I say teaser …I mean a teeny tiny teaser. It’s about 15 seconds long. But we do get to see all three stars in the clip – Robert Pattinson, Kristen Stewart and Taylor Lautner. And if you look hard enough it might give away a few clues as well.

Anything Twilight is super exciting. Of course this is the final movie in the franchise so it’s even more exciting than usual – if that’s possible! So what do we see in the trailer? It opens with Bella running in the forest, then we get a shot of Jacob saying ‘I didn’t expect you to seem so …you‘ …Edward then takes Bella by the hand and says ‘we’re the same temperature now‘ Awww I’m still team Edward. And that’s it folks! The full trailer will be in cinemas  screening before The Hunger Games.

The release of this teaser has sent Twilight fans on Twitter and Facebook into a frenzy. Over 30,000 people ‘liked’ the trailer on FB in less than an hour. It also became an immediate trending topic on Twitter. Everyone might be gearing up for The Hunger Games but we haven’t forgotten about our favorite vampires.

A few weeks ago the first official photo from the movie was released. First Picture from Twilight Breaking Dawn Part 2 Now we get trailers…roll on November I say. So without further ado – press play below and enjoy the teaser trailer yourselves.