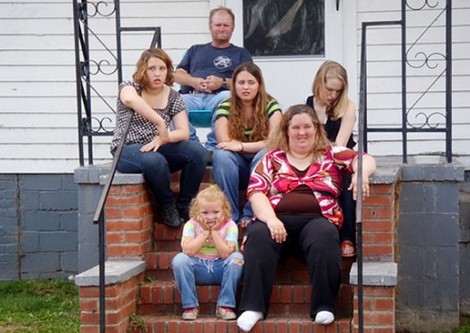 Last night Alana Thompson, Honey Boo Boo, enjoyed 4th of July with her family. It’s summer time and mama is trying to spend time with the girls before pageants and school start up again in September. Mama, June Thompson, took Alana to “Shh It’s A Wig” to look for a wig for the new pageant season. A few of the wigs Alana tried on were fine, but mama thought they looked like “grandma hair” on Alana, mama was looking for something more hot and trashy.

The Thompson Family heads to Paradise BBQ for a “sit down” dinner together. Alana ordered BBQ chicken, ribs, potato salad and baked beans. When her plate arrived, like the rest of her family, it’s piled a mile high with fatty food. Watching the family eat honestly almost made me throw up. I’m all about enjoying my food, but there is no reason to be slurping, slopping and farting at the table – it was just disgusting.

Mama goes on and on about how she would do anything for her girls but when they suggest she marry Mike, she tells them she wouldn’t do it if she got struck by lightening. It’s obviously so much better for a mother to be shacking up with some guy; that really sets a good example for her children versus providing them with a stable father figure.

It’s off to the farm for the family and a greasy fish fry. Diabetes and clogged arteries mean nothing to this family. After a generous helping of fish and grease the family heads to what they call “the local department store” which is actually a dumpster. I’m not kidding, this family digs through the dumpster together and Alana loves it so much that she wants mama to find a “dumpster pageant” that she can sign up for ‘cause she knows without a doubt that she would win. In all seriousness, mama has this look on her face like “wow, that’s a great idea”.

If I could describe this show in one sentence, it’s like the Jersey Shore of “Toddlers & Tiaras”, but maybe worse.

So what does the future hold for Alana “Honey Boo Boo”? I wouldn’t be surprised if there is a future sex tape coming from some member of the Thompson family, Alana herself has an 80% 110% chance of becoming an obese adult, then there are the attendant health risks; increased risk of heart disease, diabetes and high blood pressure. There have already been visits to the family from child services and the authorities for Alana dancing for dollars in a bar! When all the shock and awe wear off from their reality show, Alana is going to be an adorable unhealthy overweight little girl who lacks the skills for being able to cope in “normal society” – with a big personality despite her dysfunctional family. But Hey, mama does have Alana’s best interest at heart, she did teach her how to dance for dollars in a bar and there is there could always be a spin-off of “Here Comes Honey Boo Boo”, “Dumpsters & Tiaras”.

[Editor’s Note] – Hopefully Honey will grow up quickly and realize what a horrid abusive bunch of pigs her family really are – then it’s time for her to do a Macaulay Culkin and divorce her parents – hopefully Boo Boo will wind up in better shape as an adult than did poor Macaulay. 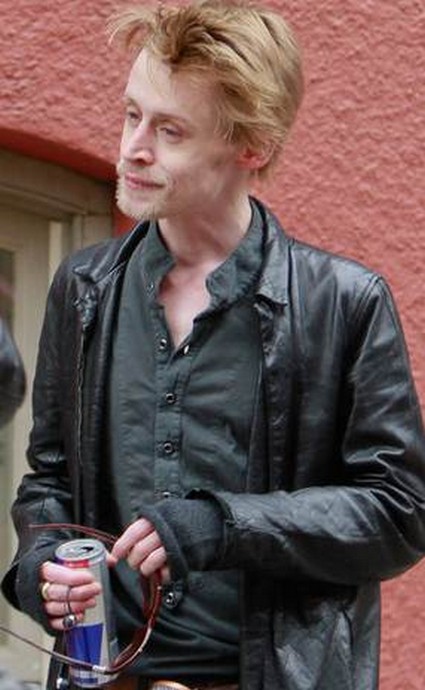