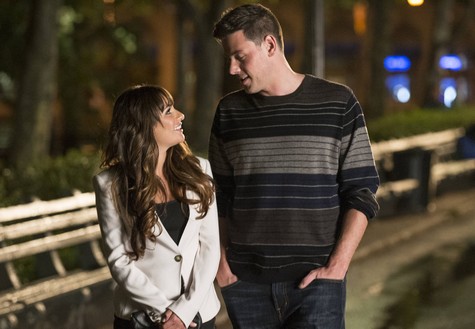 Yes! Glee is back! And our Glee review will explain why that is so. The fourth episode of the popular singing show aired last night to critical praise and the sound of Gleeks bawling their eyes out. I know I did. The latest episode, titled “Breakup”, was mournful, melancholic and nostalgic, with some of the best acting in the history of the series. Thank you, thank you, thank you Ryan Murphy!

Finn returned in the cliff hanger ending of the third episode, but his return did not signal happiness and unicorns, but rather the demise of Finchel. Yes, dear Gleeks, Rachel and Finn are no more! This was not the only relationship to suffer from the long distance of the several characters – Blaine and Kurt, Will and Emma and Santana and Brittany also fell from the bandwagon of young romance. The breakups were intense, emotive and held the fragile tears of a million Gleeks in the grubby paws of their downfall.  For the first time in the history of Glee, we were “treated” to a broken and haunting rendition of “Teenage Dream” with Blaine’s woeful lamentation.

The delicate relationships fell like dominoes and crashed into the symbolic flash-back finale. We were in tears when the episode ended, but they weren’t tears of sadness, they were happy, quirky and awkward tears. The type of tears you experience when you go to a wedding, or when you meet the love of your life, or when you see a new puppy for the first time. This was the first time in our lives that we were happy to be crying, because Glee crawled from the pits of late night B-movie and popped like an ice block in the sun, shattering our bored-whatever attitude into a kaleidoscope of sensation.

We felt, cared and yearned for the characters for the first time since the first season. Blaine’s performance, at the New York cabaret club, was one of maturity and beauty. We were allowed into the world of Glee and finally, for the first time this season, we were also allowed to stay as long as we wanted to. Ryan Murphy was able to kick the dust in our eyes and make us swallow our nasty critique with a glass of arsenic and needles – it was the most pleasant surprise we have had since the Christmas of Tamagotchis.

Thank you, Ryan, for kicking the bastardized hologram of Glee out of the proverbial closet and leaving us with the best episode in the history of our favourite show. We hope Murphy will be able to keep up the momentum throughout the season, especially after he faltered so miserably with the first three episodes and nearly made us tune out for good.

In the wonderful words of Kate Douglas Wiggin’s New Chronicles Of Rebecca, “There is a kind of magicness about going far away and then coming back all changed.”