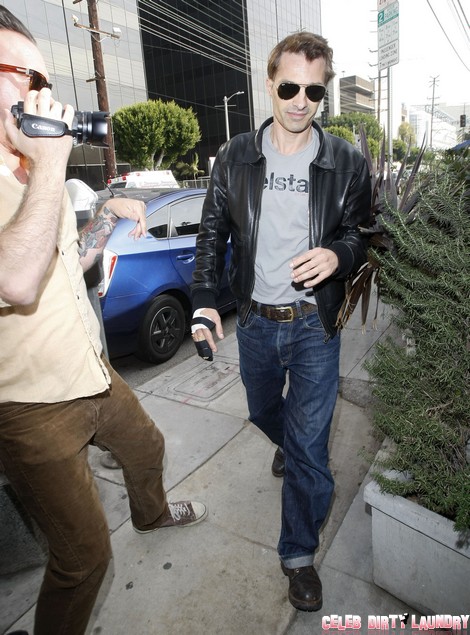 The Gabriel Aubry/Olivier Martinez/Halle Berry feud has taken a brand new turn. Earlier today, Celeb Dirty Laundry reported that Aubry would be heading to court to have the 100 yards emergency protection order lifted so he could visit his dear daughter, Nahla. Now, according to latest breaking reports, the judge decided to lift the order of protection with a set of unstipulated limitations.

According to a very recent RadarOnline report, “[Gabriel] will be allowed to resume visitation with Nahla, with unspecified precautions in place to protect her safety.” This ruling comes hot on the heels of Aubry’s request for a restraining order against Martinez, which will prevent Martinez from having any contact with Aubry’s four-year-old daughter Nahla. The source continues, “Gabe will ask the judge to prohibit Martinez from having any contact with Nahla. Gabe believes that the judge will be disturbed by the fact that Olivier suddenly inserted himself into the custody hand off on Thursday. Halle’s nanny/housekeeper is supposed to be the go-between for the parents when Gabe picks up and drops off Nahla.“

Although Martinez and Berry claimed that Aubry was the instigator behind the Thanksgiving altercation, new pieces of evidence have come to light that paint Martinez and Berry in a very, very bad light. The security video of the altercation was requested by Aubry in order to exonerate him from the misdemeanor battery charge. The video will also shed more light on who threw the initial punch. This could, however, prove ruinous for Martinez, as he might be arrested for aggravated assault and/or attempted murder if it is proven that he was the fire starter.

According to the court documents filed by Aubry, the four-year-old Nahla is also terrified of the French Martinez. The documents reveal, “I remember thinking that is was odd for [Olivier] to be there, as he is generally not present during custody transition. Nahla was in the backseat on the passenger side, and suddenly exclaimed, ‘Olivier is here. I’m scared.’ I recall thinking it was strange for Nahla to have said that and was concerned by it. I saw Miriam (nanny/houskeeper) then come outside towards my car, at which point Nahla became visibly upset and anxious, but I did not know why. I tried to reassure and calm Nahla and told her it was ok.”

We are certain that in the upcoming days more information will be revealed that might bring Martinez and Berry to justice. It’s only a matter of time before the security camera footage will be handed over to the police, either willingly or by warrant.

You better hide bitchy Berry and moaning Martinez, because someone let the dogs out and they’re barking down your door…