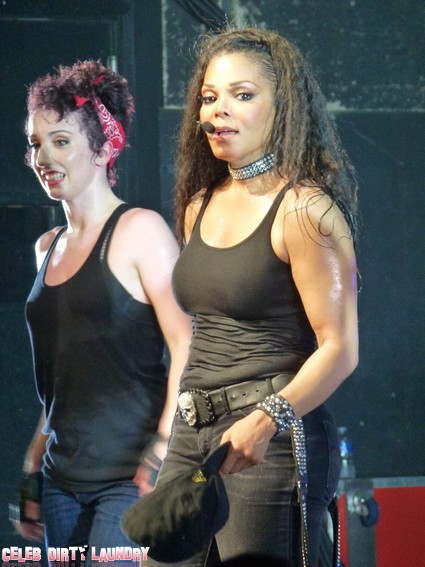 Janet Jackson all but said that Simon Cowell has offered her the position of judge on the ‘The X Factor USA. Simon is desperate to get blockbuster celebs on the judge’s panel to help the show’s disappointing ratings. Simon needs to improve the show from last season when he managed to gather only one-half of the viewers he promised FOX.

More: Simon Cowell Wants A Singing Competition Between Winners Of American Idol, The Voice, and The X-Factor

Michael Jackson’s talented sister let this news slip while being interviewed on ‘Anderson Cooper 360’, when Anderson asked her if she was going to be joining Simon Cowell on the panel of judges. Janet basically revealed that she has been asked by Simon to step in to replace the late Whitney Houston. Janet tried to backtrack and was acting as if she was having difficulty with her words but we don’t believe that – she would never have revealed the news unless she was asked to by Simon. Janet has been speaking to the press for decades and doesn’t stumble over words.

There are two judging roles available after Simon axed Paula Abdul and Nicole Scherzinger at the end of the last season. British host Steve Jones was also canned.

Will Janet be the next judge on the show? If so, is she popular enough and does she have enough personality to give Simon the ratings boost he needs? Sound off in the comments below.