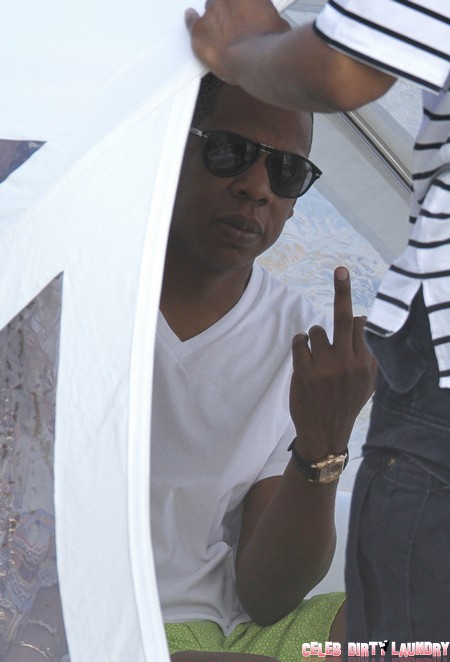 Yesterday they hated each other but now, according to a new report, Beyonce and Kim Kardashian are besties. Really. Or that’s what Beyonce’s people want us to believe, anyway. There have been numerous rumors of Beyonce absolutely loathing famewhore Kim.  But now Beyonce is sucking it up as Jay-z is performing together with his buddy Kanye West. Bey doesn’t like the fact that whenever a camera appears Kim angles in to make sure that she is the center of attention. Not cool when the focus is supposed to be the performers actually earning their cash, not a stupid blow up whore doll that got famous off of a sex tape. Hey, even Kanye says as much about Kim on his new song, Cliques!

Bey supposedly confronted Kim this week in Philly about her limelight hogging ways, a bitch fight that you can totally see happening. I can just imagine Bey rolling up on Kim and telling her to cut it, can’t you?  Of course Bey’s camp is now trying to say it never happened. According to TMZ, “They love each other — they talk fashion, family, Beyonce’s baby all the time.”

They also claim that in between painting each other’s nails and braiding each other’s hair the girls huddle together backstage in a hug while their men perform!  I’m not buying it. What a load of total bullshit! Let’s be real here, Bey tolerates Kim because Jay-Z needs a decent working relationship with Kanye. Since Kim is a cling-on she is always with Kanye so Bey is stuck with her. They are not friends.  Bey is busy with Blue Ivy Carter and perfecting her latest drag queen, stage costume. She has no reason to respect or like Kim even though Kim probably kisses her ass looking for attention and acceptance.  And besides, do you think Bey wants those sex-taped promiscuous lips anywhere near her precious Blue Ivy?  Would you want your baby near Kim Kardashian?

What do you think, are you buying the Beyonce and Kim lovefest?  Tell us your thoughts in the comments below!