Jennifer Aniston Admits The Unthinkable And Says That She Is Old 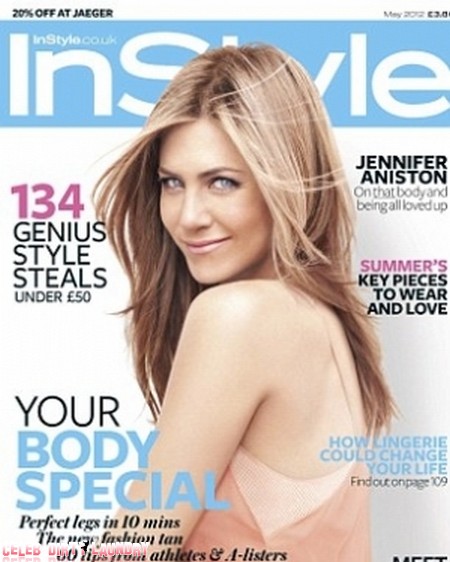 Jennifer Aniston has finally come out and admitted that she is old.  The one time wife of Brad Pitt, who lost her husband to the prettier and sexier Angelina Jolie, explained in a recent interview exactly what makes her feel old.  Not only did Jennifer admit to an awareness of the ‘O’ word and how it relates to her but she took the opportunity to gloss over her use of cosmetic surgery.

Jennifer prefers to pretend that she is the all-natural girl-next-door type when in fact she has made extensive use of cosmetic surgery and other expensive and invasive beauty and anti-aging treatments.  Of course she fools nobody except her most ardent fans.

Jennifer Aniston was very candid with InStyle’s May 2012.  She finally admitted that she was old:  “You know what makes me feel old? When I see girls who are twentysomething, or the new crop of actresses and think, ‘Aren’t we kind of the same age?’ [Jennifer is 43.] You lose perspective. Or being offered the part of a woman with a 17-year-old child. It’s like, ‘I’m not old enough to have a 17-year-old!’ Then you realize, well, yeah, you are.”

Perhaps all her bitterness and resentment towards Brad and Angelina have contributed to making her old?

“I’ve used Neutrogena’s Facial Cleansing Bar since I was a teen.  I also like Dr Hauschka’s Rose Day Cream, which I mix with sun block and Angels Makeup’s collagen patches, which my make-up artist Angela Levin designed. You put them under your eyes and they moisturise the skin. A nice morning pick-me-up.

MORE: Jennifer Aniston Pretends Her Beauty Is Natural And Cheap

That and two nose jobs as well as hundreds of thousands of dollars of other cosmetic surgery including a breast job will do it!  Jennifer Aniston remains the most hypocritical fake in Hollywood.  Do you agree?  Let us know in the comments below.