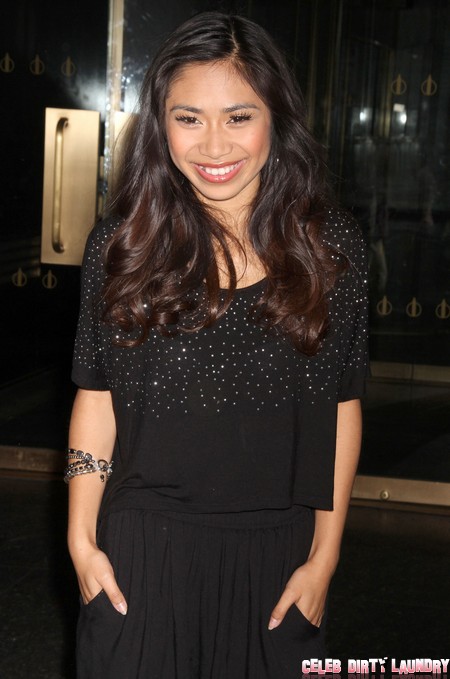 American Idol runner-up, Jessica Sanchez, is the latest name to be dropped for season 4 of Glee. Jessica has the vocal ability and the facial appeal to be a hit star on Glee, so we’re hoping that this rumor is true.

According to tvline.com, Jessica is very close to striking a deal with Glee to have a mid-season 4 arc, just after the end of the American Idol tour. We’re hoping Jessica lays down that pen on the dotted line as we truly believe she has what it takes to be a Glee powerhouse, akin to the vocal prowess of fellow Filipina and David Foster protégé, Charice.

Details are still very far and between concerning her character, that is if she agrees to the deal, but who wouldn’t want to be on the biggest singing show on the planet, beside American Idol? Jessica might have lost that elusive title to her rival, Philip Phillips, but this does not stop her from taking over the airwaves. Jessica’s petite frame and youthful appearance, could translate very well on the popular television show and we know she does power ballads better than Rachel Berry (Lea Michele).

We’re guessing Jessica is going to be somehow related to Charice’s character of season 2, or she might have a completely different back story. Perhaps a failed talent show contestant appearing in Ohio to escape the madness of LA? Ryan Murphy has always been vocal about using new story arcs which are exclusive to Glee.

We truly hope Jessica signs on the dotted line! What do you think readers? Will Jessica be a good addition to the Glee cast? Let us know in the comments below.