John Travolta’s Gotti Movie Is Not Being Shut Down 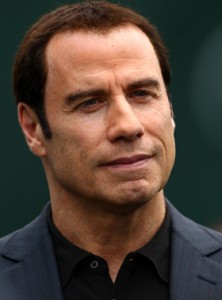 Despite all the rumors and the drama, John Travolta’s movie about the infamous Gotti family is not being shut down. There have been numerous reports indicating that the movie is a no-go, but there has been confirmation that the movie will go on!

And even though Travolta has been chugging through some personal drama of his own, he is focused and ready to play the lead role of John Gotti in Gotti: Three Generations.

Believe me, I thought that all those sexual assault lawsuits would keep Travolta in hiding for just a bit longer but it seems as if he’s trying to keep those quiet with what I’m guessing is some out of court settlements. Tip-toeing around the issue is definitely smart on his part. I still have to wonder what Kelly Preston thinks about all this hot mess.

Three Generations’ executive producer Marc Fiore spoke about the rumors of the movie shut down saying, “I don’t know why someone would say something so silly. I would not walk away from my movie because of bad PR. We are moving full steam ahead and John Travolta is still playing Gotti. John has been around quite a while… bad PR means good box office. I’m not too worried about it to be quite honest about it.”

Starting November of this year, we will for sure start seeing Travolta out in public again as filming for the movie starts then.

I have to wonder, though, what the Gotti family thinks about John’s rumored raunchy reputation.