Johnny Depp And Vanessa Paradis Back Together 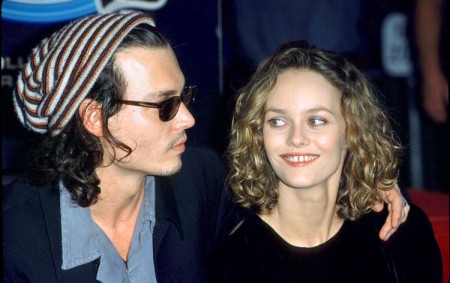 Johnny Depp flew to the South of France to try to rekindle his relationship with ex Vanessa Paradis. The Sun reports the actor and Vanessa are spending time with their children, Lily-Rose and Jack Depp, at the family’s palatial home in Plan de La Tour. As of right now, it’s just a family holiday to reassure the kids that the foursome will always be a solid unit, but sources are declaring there could be more to it in Johnny’s eyes.

Johnny gifted Vanessa with a antique gold pendant with the inscription “My heart is always with you.” The couple announced their split in May after fourteen years together.

“They are having a family holiday to show the kids they are still a strong family even if those two are split or not,” a source told The Sun. “But the fact he presented her with such a touching gift, it’s almost as if they could make another go of things. Johnny wants to be with his family, he’s a very family orientated man. His kids mean everything to him. What they need more than anything is to get together far away from Hollywood and that is what they are doing.”

If I were Vanessa, I’d be a little wary over the timing. News hit last week that Johnny’s girl on the side, Amber Heard, broke up with Johnny because she couldn’t stand the media attention and being labeled a homewrecker. Is Johnny groveling back to Vanessa because his heart was just been broken by Amber?

I love Johnny Depp too much to think he could be that shady. Although, it sort of fits this new persona of his. He’s been nothing if not unpredictable and selfish over the past year – especially when it comes to the mother of his children. It’s got to be so hard for Vanessa right now. She’s definitely still not over the break up as evidenced by all the anti-Amber stories out there, yet she has to vacation with him as a family AND accept a loving gift. That’s got to mess with her head! How can she possibly move on? Maybe he doesn’t want her to?

What do you think? Is Johnny trying to win his family back now that Amber might be out of the picture or is he just genuinely trying to build a loving, platonic relationship with Vanessa for the sake of their children?