Johnny Depp Stops Drinking In Effort To Stay Pretty, Is It Working? 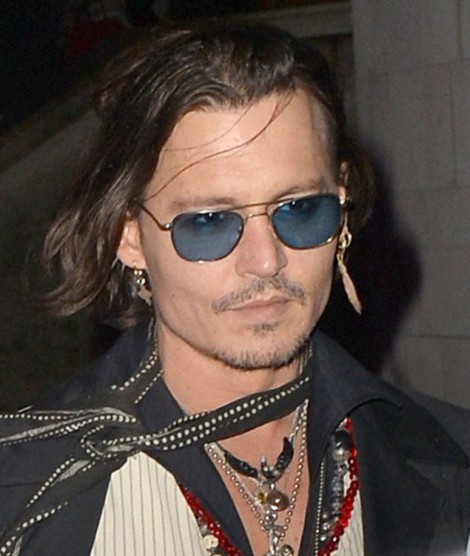 The midlife crisis continues for Johnny Depp. Not only has he kicked his beloved partner of 14 years to the curb but he’s also saying adios to his wine. At least Vanessa Paradis has something to drink while she figures out what to do next! Apparently the aging, Tim Burton-character is talking to the man in the mirror and asking him to change his ways.

A source told Star magazine, “Johnny’s tried to quit drinking before, but this time he is really serious. He even gave a pal six of his most expensive bottles! Booze is really drying and aging to the skin — Johnny’s lucky to have good genes, but he knows his looks are his meal ticket.”

But there’s this other side emerging. This Johnny cheated incessantly on the mother of his children with younger co-stars. This Johnny loves Disney paychecks. This Johnny wears more accessories than Captain Hook. This Johnny is afraid he’s losing his pretty. I don’t like this Johnny Depp as much if anything because he’s a little slow on the draw. Sorry to say but Johnny lost his pretty a long time ago. Maybe if he would have sat through Public Enemies he would have figured it out sooner.

Why give up drinking? Johnny Depp is a character actor although he tends to play the same character over and over again. So why does it matter what he looks like? I would never give up the juice. When I think of life without it I just get horribly angry and I don’t even have a tattoo that says “Wino Forever”. If Johnny quits anything it should be the smoking. That’s definitely not doing him any favors.

Is Johnny Depp vain? You know he recorded You’re So Vain with Marilyn Manson and he most definitely puts more into his wardrobe choices than I do which really isn’t saying much. But still… why all the layers? Does Johnny cover up with scarves and jackets and necklaces and pirate shirts because he’s afraid we’ll notice he’s not Edward Scissorhands anymore? If Johnny Depp stops drinking do you think he’ll reclaim some of his youth? Is that delusional or just sad? When did Johnny Depp get sad?