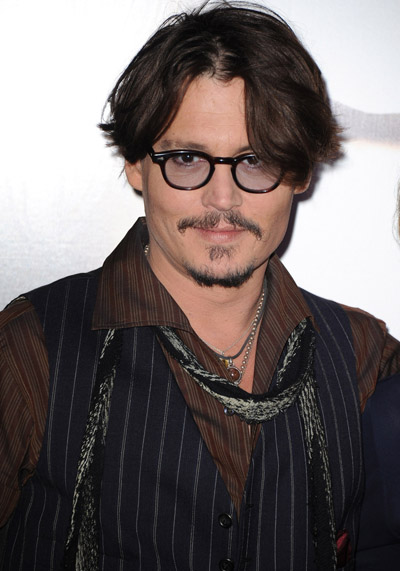 We’ve already heard the rumors that Johnny Depp is having a mid-life crisis and that his relationship with long-term girlfriend Vanessa Paradis is falling apart, but now there may be another scandalous twist to the story!

According to the National Enquirer via Celebitchy.com, the 48-year-old actor may have fallen for another woman!

Reportedly, Johnny is “head over heels” for 31-year-old actress Eva Green, his co-star in the upcoming film, Dark Shadows.

“Like Vanessa, Eva is a French actress and model, and Vanessa senses that she’s exactly Johnny’s type,” said a source to the tabloid. “Friends have even remarked that Eva looks like a younger Vanessa. Johnny has brushed off Vanessa’s fears, but it’s caused so much tension that rumors are flying they’re about to split up.”

39-year-old Vanessa, sensing that she might have some competition in Eva, even supposedly lobbied for another actress for Eva’s role in that film to no avail.

“Johnny wanted Eva all along. He personally had her audition for Dark Shadows and they became close on the set. She spent lots of time in his trailer.”

Is “spending lots of time in his trailer” a euphemism for hooking up? We hope not, but apparently that is what Vanessa is afraid of.

“Vanessa’s worst fear is that Johnny wants someone new in his life,” added the source. “Even though it all seems to be in her head, it’s making Johnny sick.”

For the sake of the couple’s two young children, we hope these rumors don’t turn out to be true! After all of the high-profile breakups of 2011, we’d hate to see another long-term Hollywood couple split.