Miley Cyrus Plays Herself In The Movie Trailer For ‘LOL’ (VIDEO) 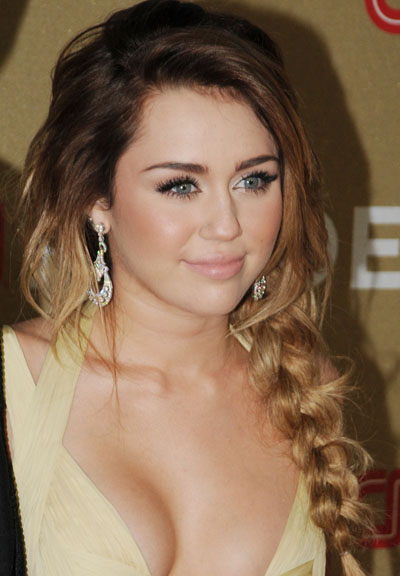 If you thought Miley Cyrus‘ last foray into grownup film fare couldn’t have been cheesier, check out the trailer for her newest film, LOL.

In the movie, which will be released sometime in the spring, Miley’s character, Lola, smokes weed, kisses two girlfriends on the lips, loses her virginity, and throws a house party that seriously enrages her mom (Demi Moore) — So, we can assume that the actress/singer is pretty much playing herself in the film, with one small difference: Lola earned a ‘B’ in math class, and we can’t imagine Miley being able to pull that off. (After all, we know that she flunked Spanish!)

A teen flick wouldn’t be complete without a love interest, and Lola, as played by Miley, is shown cavorting all over Paris with actor Douglas Booth.

“I can’t love him, but I do. It feels so real with him,” she says in a voiceover.

See the trailer for LOL below.