Justin Bieber and Selena Gomez to Attend AMA’s Together? 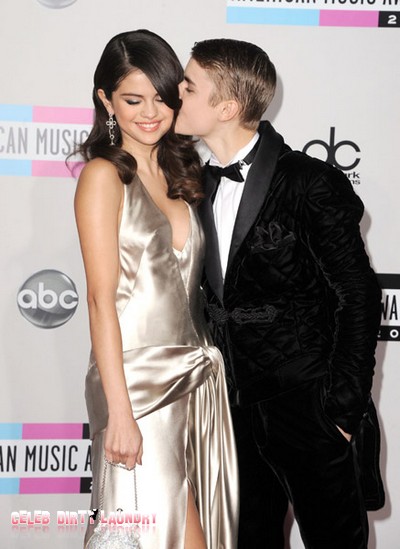 After this weekend’s supposed refusal, Justin Bieber was actually allowed access into Selena Gomez’s compound.  Though multiple sources claimed erroneously that the Biebs was not allowed entrance, we actually learned that her front gate was on the fritz and he had to get out of his car to punch the code and then spent the night.

So, what is the plan for today’s American Music Awards?  Will Justin be riding solo or will his Selena be joining him?  I would think that she would want to save face and not go.  There are reports that she was never even scheduled to go anyway, but don’t celebs always use that excuse when they are having a tiff with their partner?  Well, I think little Justin wants to save face as well and will work his magic to ensure that his lady love is on his arm.  Perhaps that is what their sleepover was about; okay, besides their teen makeup sex I’m sure he tried to sneak in a conversation about tonight’s performance.

Who do you think is the most stressed out, Selena’s PR team or Justin’s?  I’m sure they are both having heart attacks, but Selena’s team may be a little more on edge since this hiccup definitely puts a smudge on her image.  She will look like a door mat if she attends, but at the same time neither side needs the negative publicity.  It will be to both of their advantage if they show up together and portray an image of happy young love.  Though the public is always out for blood when there is a break up and always looking for the next drama scene to unfold; they are also hoping for a happy ending.  We want to root for this couple.  They are so young and we know that they are going to continue to break up there is always that good percentage of people whose fingers are crossed, hoping these two will make up and actually go the distance.

So, will they or won’t they show a united front at tonight’s AMA’s?  We’ve got about 10 hours until show time, so he’s definitely got his work cut out for him.