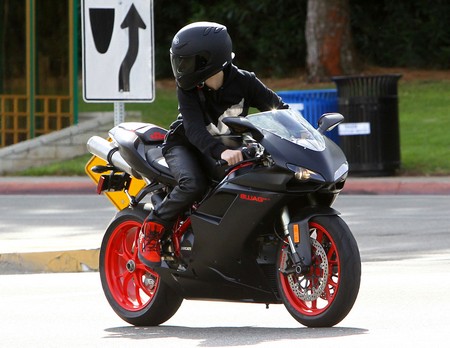 Just when I thought Selena Gomez had this whole split with the serial cheat Justin Bieber totally in the bag, she caved in. Does she really want to continue locking lips with the guy who was recently kissing Barbara Palvin on the not so DL – probably not. This time around it’s about business and a smart career move is exactly what will cause her to show up hand-in-hand with Justin at this Sunday night’s American Music Awards.

Celeb Dirty Laundry told you that Selena had blocked Justin and taken steps to cut ties with the young heart throb and of course his handlers couldn’t let that just happen without some sort of response and believe me they hit hard. Selena was removed from the AMA’s seating chart and the spot for Justin’s date was left open. It was a public move that left Selena’s management team to think really hard about the best way to proceed. The AMA’s are one of music’s biggest nights of the year and as luck would have it, this is simply not Selena’s year to cause even a ripple at the awards. She has absolutely no reason to be there other than to support Justin. He has had a bang up year and is fully expecting to have a huge night.

Selena’s career isn’t cold by any means, but she is kind of between projects with Spring Breakers not set to hit theaters until next spring.  A gorgeous red carpet appearance with Justin would certainly give her a nice boost and so the former Disney princess has opted to suck it up, for now. She and Justin have been spotted together this week and our sources tell us that Selena is at least on speaking (and sleeping) terms with Justin and attempting a possible reconciliation, at least until the AMA’s are over.

It’s a tricky path for the young star because by now I’m sure she knows that she can do better with an older, much mature guy but at the same time, she has to also do what is best for her career. Right now that just may be a fake happy appearance on Justin’s arm!  Will these two reconcile for real or do you think Selena is going through the motions with a huge ulterior motive, and if so do you even blame her? Tell us your thoughts in the comments below!