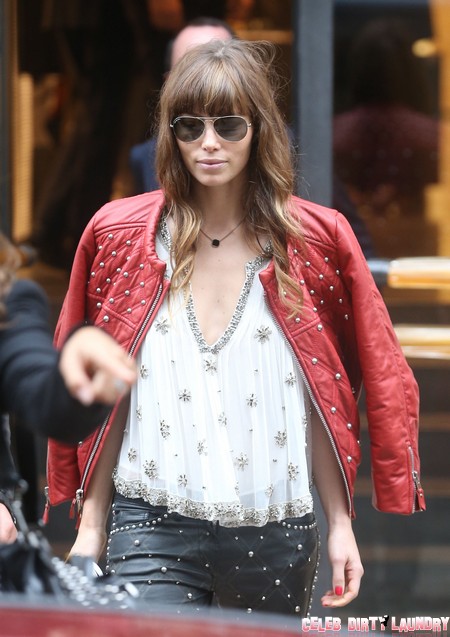 Now that Justin Timberlake settled down and married Jessica Biel this past weekend it seems the actress is thinking babies. 30 year old Biel wants a family and wants to start now. What ever happened to the honeymoon period? I guess that’s not in the cards for her.

“Jessica’s hitched and now she’s ready for a baby, as soon as possible!” A source told Radar. “After her dream Italian wedding, Jessica told Justin that she is ready to have his children and she wants him to start thinking about building a family too. Jessica has been gearing up for motherhood for a while, but being the traditionalist she is, wanted to wait till after she got married. She is planning for two kids, ideally a boy and a girl, because she grew up with a younger brother herself and believes it’s healthy to have siblings.”

Yes, most people that get married want children, but what’s the rush? Is Biel scared that she’ll lose Timberlake? And yes, I think that’s bound to happen. Or is it something more of a scheme to get more money from him if they get divorced? I know, I’m ever the pessimist, you don’t have to tell me.

Maybe Biel just feels that a baby will now complete her family now. If a baby is going to make her happy, then go for it. But you really have to wonder what the big rush is. Just because you get married doesn’t mean you have to automatically get pregnant. Why don’t you take a year and enjoy each others company, make sure it’s something that you have enough time with each other before a baby makes things more complicated. Just because you have a break in your filming schedule doesn’t mean you should try unless it’s something you both want and agree too.