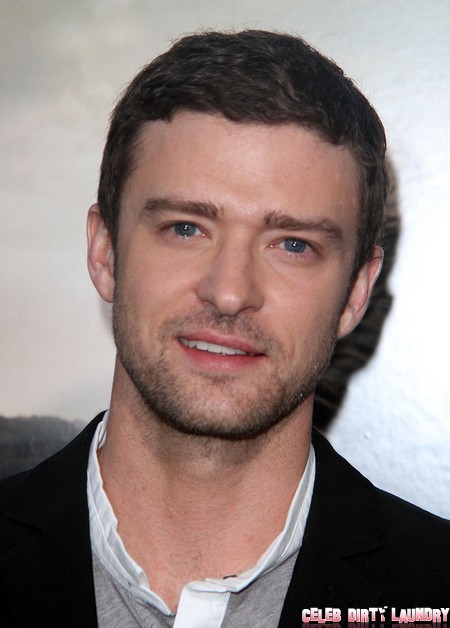 On Thursday night there was a special bachelor party happening in Las Vegas, and that was for Justin Timberlake. The singer and actor was it partying up in Surrender Nightclub at Encore with a 25 man entourage.

25 guys? Seems like someone is trying to compensate for something. Regardless, the men dressed up as members of the Rat Pack and dined at the Sinatra restaurant at the Wynn before heading out to their destination. When they got to the party, the men partied in a private bungalow overlooking the palm-tree lined pool.  Justin stayed inside to avoid having his pictures taken.  After Prince Harry’s nude photos were splashed all over TMZ I’m sure the boy was in high security mode.  I wonder if any female company in the private bungalow for the party are being paid to keep quiet?

“Justin was all smiles but stayed hidden inside the private enclave,” the insider said. “He was sipping on 901 tequila throughout the evening but his posse were seen enjoying vodka and Red Bull shots all night.” Of course Timberlake was seen drinking 901 Tequila, that is his own brand and what better product placement can you have when you are seen drinking your own brew.  Does Snoop Dogg hass his own weed strain?

I wonder how Jessica Biel was feeling about her future husband hitting the town? If I were Biel, I would be a little worried. Timberlake seemed to have a tendency to always screw around on Biel pre-engagement and we’ve all heard plenty of rumors of his wandering eye and man bits in the past…  But I guess Biel stuck it out long enough and got what she wanted in the end, a ring. Both Timberlake and Biel seem perfect for each other, they are both settling down and if that works for them for a few years, God bless them. I, however, don’t see this as a lasting union by any stretch of the imagination.