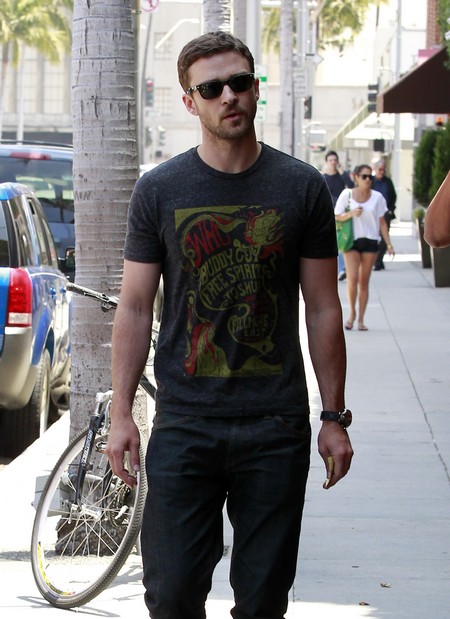 Ah, diamonds truly are a girl’s best friend. Justin Timberlake bought Jessica Biel $250 000 worth of jewelry, but why? CDL has the scoop. Justin bought Jessica a diamond ring, as a pre-wedding gift, worth $130 000, but that’s not all. He showered Jessica with jewelry worth $250 000 recently, which brings her diamond total to a whopping $380 000! That’s 190 Honda Fit 2012 cars or 63 000 packets of Marlboro Lights. We’ll give you a second to wrap your head around that amount of money. Got it?

Okay, now the question still remains, why did JT buy Jessica this obscene amount of jewelry? Well, even though Jessica is not complaining, it seems like JT is trying to buy Jessica off, because of his obscene amount of female encounters over the past few years. Star recently reported that he slept with up to four different women over a two year period. Yes, we know that doesn’t seem like too much, but if you’re in a steady relationship with someone as beautiful as Jessica Biel, it turns him into a cheating man-whore who is trying to buy away his guilt ridden feelings.

We promise we won’t tell the world that you’re a lying (and cheating) idiot Justin, we promise! Jessica is supposedly super ecstatic that she landed “the man of her dreams”. Did we miss something here…? Is Jessica drunk or just plain insane?

Star Magazine Print Edition, June 25 has details: As if the $130,000 engagement ring that Justin Timberlake dropped on Jessica Biel back in December weren’t enough, he just showered her with a prewedding gift fit for a princess: $250,000 worth of jewelry! JT presented Biel with a stunning diamond necklace-and-bracelet set worth more than many American family homes.

“She’s ecstatic, she looks incredible in the set,” says an insider, who noted that JT had been planning to give her the jewelry for months, even using a shopping trip in May to jeweler Eli Halili’s store in NYC’s SoHo to gauge her tastes.

Even her engagement ring can’t compare to his sparkly gift, which is “easily worth a quarter of a mil,” the insider says. But Jessica and her family are thrilled because to them the present represents a lot more than its dollar value.

“It’s like he has finally made up his mind and is ready to spend the rest of his life with this woman,” the insider claims. The gems are all part of a trend of Justin showering Jessica with rocks after what has been a rocky relationship. Over the past four years, Star has reported him straying with no less than four separate women.

The jewelry seems to have a palliative effect. “The whole Biel clan is really excited… no one more so than Jessica, who finally – after all the heartache and tears – has landed the man of her dreams.”