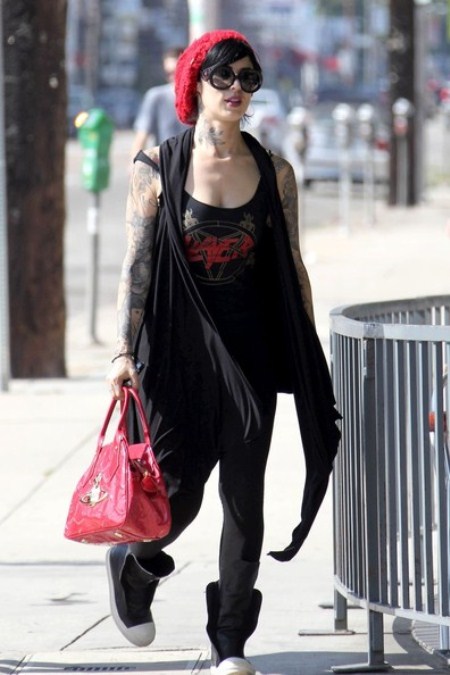 TMZ reports that Kat Von D is being sued for causing a fire in her home back in 2010. Basically, Kat is simply an idiot for being careless with candles and allegedly setting her own home on fire which ended up killing a beautiful creature that was more attractive than her, her cat Valentine.

It’s been two years since this happened and now the insurance company has decided to sue Kat for around a million dollars for all the damages that were done. State Farm Insurance filed the suit yesterday against Kat in L.A. County Superior Court, they said that the fire completely burned away her home and that is was her own fault to begin with for being so careless, so she should pay the bill.

The lawsuit and the fire for that matter wouldn’t have happened if it weren’t for Kat’s stupidity, she left several candles lit around her house and of course she must have not been watching them carefully because the house was burned to the ground with the adorable feline going do with the ship.

A moment of silence for Valentine who was killed in a tragic fire, which would of never of happened if the poor feline had had a more responsible owner….(silence)

Now this is not the first time Kat has done something stupid, actually I can think of something even more stupid! Remember when she was dating cheating scumbag Jessee James? They were gross and Sandra Bullock had the last laugh? Well I thought I had loss all respect for Kat back then, but sending your own beloved pet to his maker, hell she deserves to get back with Jessee James now, they would make a perfect couple!