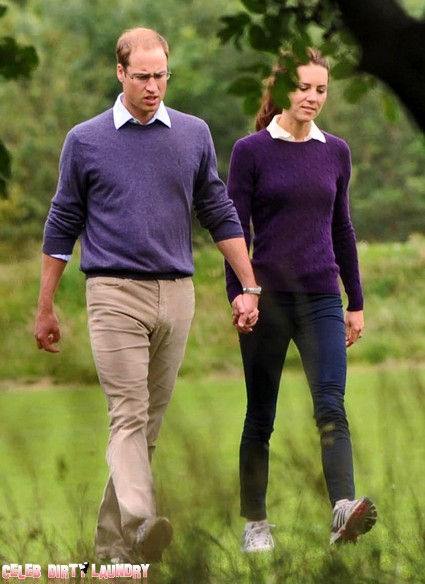 Kate Middleton and Prince William have been the dream couple since their Royal Wedding in April 2011 but now they have had their first serious fight. The future King of England and his lovely bride, the Duchess of Cambridge, have not only been a major publicity success for the Royal Family, helping to repair the damage done by scandals involving Prince Charles and Lady Diana, but the couple have become global celebs in their own right. Kate is a favorite of commoners and the Queen alike, but apparently the new bride is not happy with William’s time away from her.

OK has a source elaborating on the squabbling:  “Prince William and Kate have been bickering a lot lately,” says a close friend of the royal couple. “And it’s all down to the fact that Kate can’t stand Wills being away from her,” the friend says. “She likes him to be around 24/7, but he’s always enjoyed having his space and isn’t about to change anytime soon.”

Problems started when Kate went without the Prince on a recent Caribbean vacation and William stayed behind in Britain because of his work commitments as a helicopter pilot for the Royal Air Force. When Kate was forced to jet off with her family and no hubby she was not pleased.

The source goes on:  “Kate normally loves that trip, but this time her heart was heavy,” the pal continues. “She’s so in love with Wills she can’t stand being away from him at all.”

“While William did join her for a few days, she was so upset that he wasn’t there the whole time — especially since he’ll soon be gone for six solid weeks!”

Since William was scheduled for 6 weeks service in the Falklands Kate assumed that he could give her 2 solid weeks together before he left.

“She thought that if he really wanted to spend time with her, he could easily have arranged to take off a couple of weeks from his Royal Air Force search and rescue duties,” the friend says. “But Wills said he couldn’t be seen abusing his position as a future king and taking extra time off. It wouldn’t look good in front of the other chopper pilots. It made Kate quite teary-eyed.”

Now that the Prince has gone off to serve in the Falklands we hope that the royal couple have mended their rift and will enjoy smooth sailing going forward.