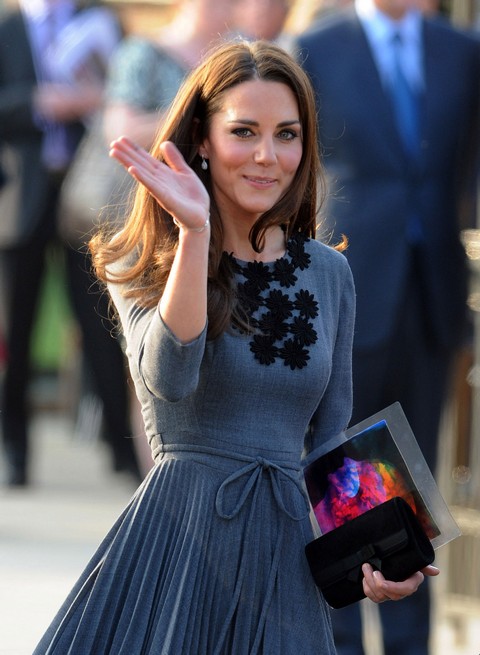 The royals may not rule, but that doesn’t mean their work schedules aren’t exhausting! Kate Middleton has been out of public eye since announcing her pregnancy earlier this month after an emergency trip to the hospital to treat dehydration and morning sickness. Last week she made her first public appearance since leaving to get well at her Kensington Palace home, with parents Michael and Carol Middleton at her side. Prince William has taken time off from some royal duties to stay home with his ailing bride, and the palace has stopped commenting on her condition entirely. But an insider now reports that the young Duchess of Cambridge collapsed prior to the BBC Sports Personality of the Year award presentation.

A source reported to National Enquirer, print edition December 31, 2012, “Kate collapsed in a chair while she was getting ready for the evening. She was in so much distress that she could barely stand up. But she took a page out of the late Princess Diana’s playbook and soldiered on because she shares Di’s strong sense of duty.” Kate made a brief appearance at the BBC taping, looking slender and fit in a floor length Alexander McQueen gown. No baby bump was visible, but the dark green fabric could have hidden it from the naked eye.

Kate has been trying to get pregnant for nearly a year and a half, and we’re a little surprised that she is pushing herself so hard instead of staying home resting. “Kate would never do anything to endanger her baby,” the insider reported, “but when she says she’s going to do something, it’s important to her to carry it through.” We certainly understand the desire to avoid being a flake, but I think that carrying the next monarch of England is a pretty good excuse to skip out! Especially considering all of the pregnancy struggles she’s faced.

Fortunately, Prince William has a level head on his shoulders, but work means he isn’t always around to preach the logical choice. “He didn’t want her to go, but Kate insisted she’d be fine on her own. William knows that once Kate sets her mind to do something, nothing will stop her. He definitely sees a lot of his mother in her.” William was in Wales working search and rescue for the Royal Air Force the night in question, and we expect it will be a great relief to Kate when his military duties end. The jury’s out—should Kate try to keep some normalcy in her life, or stay away from the killer heels and tight dresses and go easier on her body?