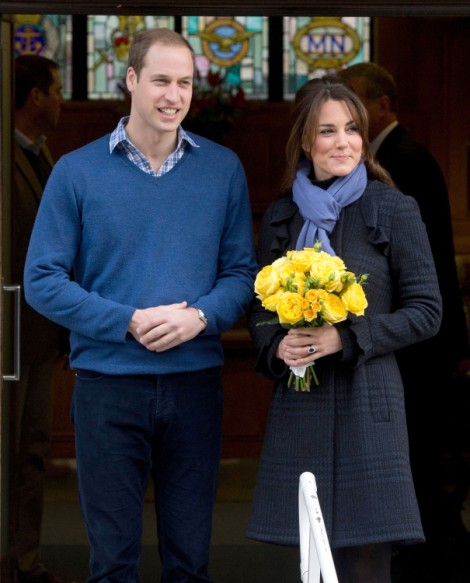 So we were right. The Duke and Duchess of Cambridge managed to leave the Middletons the day after Christmas to join the royal family in time for the annual Boxing Day shoot. I knew Prince William wouldn’t miss it. He loves that shit too much and Kate loves everything he loves so truly it’s a match made in heaven. There’s no word on whether Carole and Michael Middleton joined them though it appears they didn’t.

The Daily Mail reports that on Boxing Day Kate Middleton let Will go on the hunt without her in the morning because it was raining but she joined the menfolk for lunch and might have even watched the afternoon sport from the luxury of a comfy, heated car. That kind of creeped me out when I read that. Kate tends to do that. I remember these pics from when they were dating years ago and she would watch him playing polo from alone on her car. Obviously she didn’t want the attention of being photographed but she knew the photogs were taking pics of her in her car so what was the point? And she was alone which was even weirder. Couldn’t some friends have come and giggled along with you? I just don’t get her sometimes.

Anyway, so this is pretty much a non story. I just wanted to keep all of you abreast on Kate’s controversial comings and goings. What is kind of funny about the whole thing is the second Kate and William showed up, Camilla Parker-Bowles high-tailed it out of there. Coincidence? I’m actually not one of those people who think the two women hate each other. Kate’s too timid to make enemies in the royal family. The DM said Camilla rushed off to be with her kids. I forgot about her kids. They’re much older but how sad that she can’t spend Christmas with them. This puts the whole Kate Middleton/Sandringham issue in another light, right? The Prince of Wales’ wife can’t celebrate Christmas with her children. Sarah Ferguson can’t celebrate Christmas with her children. But Kate Middleton and Prince William can be with the Middletons. Either William is a smooth talker or he’s just a favorite because this whole situation continues to boggle.