Kate Middleton Loves Her Sister Pippa And Nothing Comes Between Them 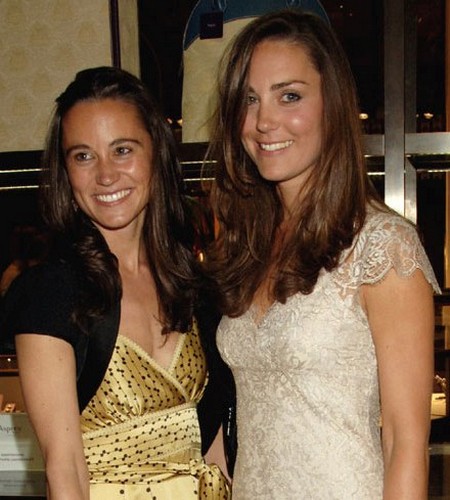 Kate Middleton and her sister Pippa Middleton had a chatty lunch together just last week as soon as Kate returned from her skiing break with Prince William. The two beauties no doubt had lots of gossip to catch up on!

Kate and Pippa never allow the pressures that are a natural part of Kate’s royal responsibilities to come between them.  According to sources Kate calls her sister her right hand and feels most relaxed in her company.

Duchess Kate being married to Prince William, the future King of England, means that the sisters’ former carefree life is over.  But despite Kate taking on an extensive official royal workload she finds time to spend with her sister. Rumors last month that Kate was resentful of the Palace decision to refuse to allow Pippa to serve as Kate’s lady-in-waiting were never confirmed.  In any case, nobody can keep these two classy ladies apart for long.

The story was that Kate wanted her sister Pippa as her lady-in-waiting but Palace authorities refused. It was felt that Pippa was just too much of a risk with her propensity to attract media attention and that might perhaps be a conflict of interest because of a publishing agreement for her party-panning book. So poor Kate has to endure Prince William’s service in The Falklands without her closest pal, her dear sister, by her side. Hardly seemed fair.

Now Daily reports on Kate and Pippa’s Lunch Date:  Kate, 30, makes regular visits to the Chelsea home she used to share with little sister Pippa, 28, for catch-ups over lunch. ‘Kate drives over and parks outside and brings her two security guards with her,’ says a pal.

‘Pippa likes to have her sister over. They had lunch last week just after they got back from skiing in France.’  Kate is currently living in a cottage on Welsh island Anglesey with William, 29, while he works as an RAF co-pilot.  But she’ll be able to enjoy more time with Pippa next year after the couple join Wills‘ brother Prince Harry at Kensington Palace.

Would you like to see Pippa take on a larger role in Kate’s official life?  Do you think that the royal family is somewhat wary of Kate as she is seen as an attention-getter and social climber?  Let us know in the comments below.