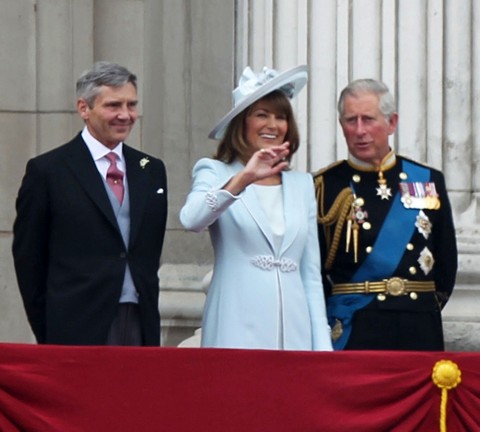 This is likely to be the most important holiday season as of yet for both Prince William and his wife, Kate Middleton.  The couple was recently forced to announce Kate’s pregnancy a bit earlier than they had originally planned and now that the Duchesses’ morning sickness seems to be improving, they are no doubt ready to celebrate. Also this is the last Christmas that they’ll have alone together before joining the ranks as young parents, so you better believe they’re going to try and enjoy every second of it.

Usually royal family members are expected to spend December 25th at the queens’ Norfolk estate, Sandringham, but William and Kate won’t be there this year. Instead they’ll be celebrating with the Middleton’s in Bucklebury, Berkshire.  The official statement from St. James Palace as of this morning confirms the royal couples’ holiday plan.

“The Duke and Duchess of Cambridge will spend Christmas Day privately with the Middleton family.”

They were expected to spend a portion of the holiday season enjoying the festivities in Norfolk,  but opted for a more low-key Christmas day with Kate’s family, where things are usually happy and calm. That, no doubt, is the perfect environment for Kate to be in considering how sick she has been over the last few weeks.

Perhaps they had originally planned to spend this holiday in Bucklebury, but if not then William is being very sensitive to his wife’s needs at this point in time.  He has also been key in balancing both family obligations as he and his wife attended a 4 hour feast at Bumpkin in Notting Hill earlier this week.  William and Kate also enjoyed a two-hour meal at the Queen’s annual Christmas lunch on Wednesday so they are certainly taking part in many of the royal holiday traditions in the days leading up to the 25th.

Do you think it’s in Kate’s best interest to be with her family for Christmas this year? Tell us your thoughts in the comments below.