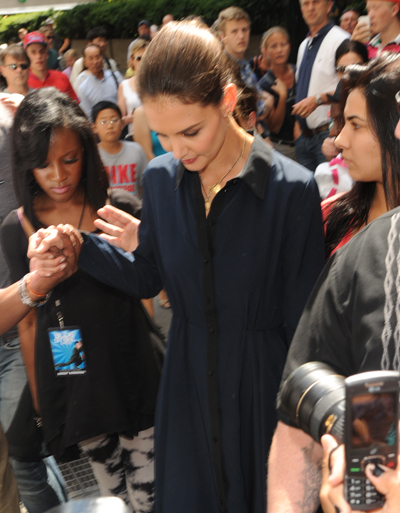 They’ve shared Tom Cruise, and now Katie Holmes and Penelope Cruz have something else in common: a New York apartment.

After the 33-year-old actress ended her five year marriage and filed for divorce, RadarOnline is reporting that Katie’s first post-divorce home in New York is the same apartment where Penelope Cruz escaped to after she broke up with the Rock of Ages star in 2004.

Reportedly after shacking up with her husband Javier Bardem two years ago, Penelope decided to sell the Manhattan property, and it somehow has (coincidentally?) become the rented refuge of Katie and Suri Cruise, while they ride out the divorce proceedings. Related: Which Young Actress Will Tom Cruise Replace Katie Holmes With?

Supposedly, Katie purposely filed for divorce in New York, as the state is known for having judges who’d be more likely to grant Katie sole custody of her six-year-old daughter.

Perhaps, Penelope could give Katie a few pointers on moving on from a relationship with Tom Cruise.