Kelly Osbourne Needs Therapy Because She Looked Like ‘A Beached Whale’ 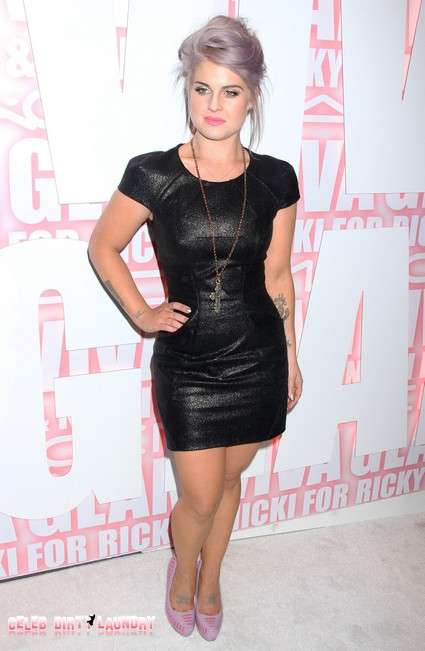 Kelly Osbourne admits to being a psychological mess and has regular therapy sessions to help her get over being called a beached whale. The daughter of rock legend Ozzy Osbourne and celeb Sharon Osbourne admits to always having suffered from a lack of self-confidence. Kelly says that she chooses to use therapy to help her deal with her issues rather than relying on psychoactive medication. This is an interesting perspective on mental illness – Kelly speaks as if therapy and medication were perfect substitutes – which of course they are not.

Kelly has battled substance abuse – she has been to rehab at least 3 times in the past – and she likes to blame this on her self-image problems:

“I was filled with self-hate as a teenager after being bombarded with headlines like, ‘Ozzy’s beached whale daughter.  It was like torture to me and I really took it to heart.  Being a teenager is hard enough without having to deal with that, so I turned to drugs to numb my pain.”

Therapy is the answer for Kelly – at least for now:

“Now I go to therapy because I don’t want to be on medication my entire life.  There’s still a stigma about therapy, but it’s helping me put things into perspective and see the things that are superficial and shouldn’t be bothering me.”

Kelly recently wrote her autobiographical advice book ‘Fierce’ and says she did it to give other young people hope and support. She told Britain’s HELLO! magazine:

“I’ve made a lot of mistakes in my life and I’ve learnt from them.   I realised there were a lot of people who would be going through the same sort of emotional and body issues and I wanted to share with them how I managed to pull through. No one’s perfect and if we spend time comparing ourselves to other people, we forget what we do have and how great we are.”

Ironically Kelly made terrible remarks when Christina Aguilera put on a few pounds. It all started on ‘The Fashion Police’ when Joan Rivers said Aguilera looked “stuffed into” a Givenchy LBD at an event in Munich.

Kelly pounced upon this remark and chimed in:  “Maybe she is just becoming the fat bitch she was born to be. I don’t know. She was a c**t to me. And she bought my house!”

MORE : Kelly Shouts Out Christina Aguilera Is A Fat Bitch

Kelly has suffered as most people have at the hands of cruel peers and rivals. Bullying, including verbal bullying, can be horribly damaging to its victims, especially when people are in their formative years. There is no solution to the problem but we can continue to identify bullying and make it unacceptable. Of course Kelly’s remarks about Christina show that she herself needs some serious sensitivity training.