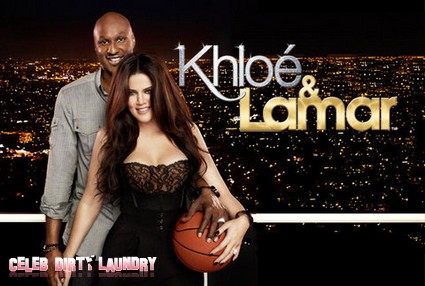 Khloe and Lamar returns tonight after a hiatus with episode 3 called ‘Cuffed.’  The last time we saw the show it was a 2 part season premiere.  The premiere recapped what everyone had been up to since last season. On part one of the season premiere Lamar’s bromance with Rob Kardashian hit a major snag after Rob decided to move out. Khloe tried too keep her marriage spicy and new but Lamar was not interested.  If you missed the first part you can read our official recap here!

On part 2 of the season premiere Lamar who is in the middle of the NBA lockout is having trouble sleeping. Lamar’s insomnia negatively affects Khloe when he gets up to play video games in the wee hours of the morning.  If you missed the second half of the premiere you can read our official recap here!

On tonight’s show Lamar thinks Khloe treats him like a baby and sets out to change her behavior.  Lamar takes matters into his own hands and handcuff himself to Khloe.  Needless to say she is not pleased about it.  Rob tries to carve out a life for himself that is outside of his sisters’ shadows.

We will be live blogging the show with all the up-to-the-minute details at 10PM EST so make sure to come back to this spot and watch the show with us. Refresh often to get the most up-to-date results! In the meantime check out the sneak peek video of tonight’s episode below!