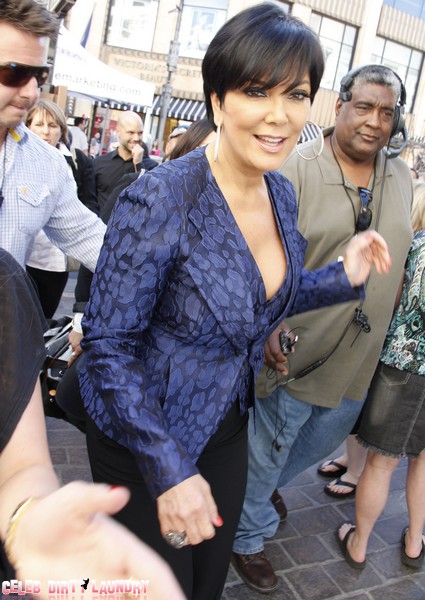 Here we go again kittykats. I had to stop the research I was doing for another article to comment on the nonsense and foolishness of yes, the Kardashian clan. (Big sigh)

Ok let’s go. I know everyone saw the Today show with Bruce & Kris Jenner. Well Kris Jenner was there to promote her book, but it soon became apparent that the interviewer had other plans, namely Kim K. Bruce had the nerve to say, “He was proud of her for ending it when she realized the marriage was not going to work”. Bruce how is a marriage going to work when you never spend time with your new spouse. Look, the whole family is going into damage control because they know this is going to court.

Moving right along let’s talk about Khloe Kardashian going on a radio show talking about how she liked, “the Bush and the Tush”, (meaning Reggie Bush and Kim Kardashian). Firstly doesn’t she have enough going on with her new radio show in Texas, a reality show, a sick father in-law and all the rumors flying around about who your real daddy is. Shhh… stay out of it.

Now the one who is staying out of the drama is Kourtney. She has a new baby coming, a business to run and her wild card boyfriend Scott Disick. Scott is not after to her for her money. Scott’s family has money, but it is what we like to call on the East coast as quiet money. He is not a cheater. I grew up in NYC and my sources say, he goes out with his friends drinking he won’t even take a pic with a girl. He is a good guy.

Now chickadoodles stop twitting, twatting and everything regarding Kim K. She is not eloping with Reggie Bush. He is steadfastly denying that he is seeing her. Next, she is not going to run off to Saudi Arabia with some prince, that is highly unlikely. Number 1 I had two Arabian girlfriends and they schooled me on the marriage process over there. The parents give the girl/guy 3 or 4 to choose from. Then they date but only in the presence of the parents and in order to be wife number 1 you have to be a virgin. (Well that lets her out from being wife number 1).

Kim, instead of having (allegedly) your PR people spread these ridiculous stories, take a vacation or sit down and be quiet for 5 minutes. This is what’s called sensory overload. Shhhh….be quiet.