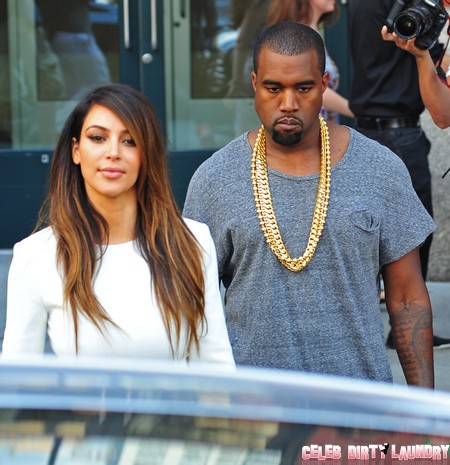 Kim Kardashian has never been called meek. She has two sex tapes, a Playboy spread, and 10 seasons of various reality TV shows under her belt. It would be dumb to say she doesn’t like the attention. If you asked her why she’s famous, she would say it’s because she can be honest like no other, works hard, and has several successful business lines. Of course, her father’s involvement in the OJ Simpson murder trial, her step dad’s Olympic Gold Medal, and her frenemy Paris Hilton certainly helped her fame!

Last summer I sat through a 4-hour wedding special on E!. It chronicled her marriage to human giant Kris Humphries. The wedding was beautiful and included about twelve different gowns for bride Kim. But I don’t think anyone was truly surprised when they filed for divorce 72 days later. Kris swears that it was all a setup and that he was cruelly manipulated. Kim promises that she could never sell out her heart. But Kim isn’t a naïve little virgin. She has an entire team of people to calculate the impact of her every move. And it seems she has got them working hard again.

In a recent interview, Kim was asked if she would ever have another wedding filmed for TV. She responded, “I would definitely do it differently. Just all the scrutiny that I got. You don’t plan to go through all of that willingly. For Money. That’s just not what a sane person would do. So. Would I get married on TV again? No.”

Good for you, Kim! Wasn’t it Albert Einstein who said insanity is doing the same thing over and expecting different results? Obviously Kim has gotten some positive ideas from her second failed marriage.

Oh wait—what? That isn’t the end of the quote? She continued? “Well, I guess you never say never. Because who knows? So many other people I know have gotten married on TV and it has worked out amazing for them.” I take back all of the positive things I just said! Kim is still a money-grubbing little hussy!

Her relationship with Kanye has not been marked by a foundation of trust, similar hobbies, and respect. He has basically become her slave driver/sugar daddy, forcibly replacing her entire wardrobe with Kanye-approved designs. She calls it cute, I call it borderline cultish. This year, Kim promised that her love was true, but I doubt we’ll see a wedding this winter—unless E! runs it as a an exotic destination wedding. Kim would never get married in the winter—she needs her hair to shimmer in the sun so it looks better on camera!