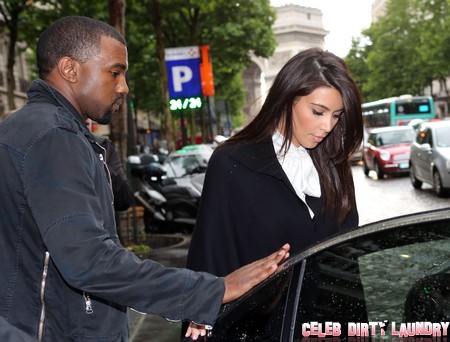 Kris Humphries is clearly still hurt over Kim Kardashian filing for divorce after their 72 day marriage. Kris has already accused Kim’s mother, Kris Jenner, of planning Kim’s sex tape with Ray J (which I will admit would not surprise me). But if that wasn’t enough, he’s now trying to get Kanye West involved in the divorce.

Our source reported, “In a legal ‘tit-for-tat’, Kris Humphries’ attorneys will issue a subpoena for Kim Kardashian’s boyfriend, Kanye West, to be deposed in their nasty divorce battle, RadarOnline.com is exclusively reporting.”

Why is Kris doing this? Well, Kim got his ex involved into the whole divorce issue, “Kardashian’s legal team has formally subpoenaed Kris’ ex-flame, Myla Sinanaj, to dish about her relationship with the NBA star. Humphries accused the New York City hotel worker of attempting to extort him for millions of dollars because she allegedly threatened to go public with intimate details of their relationship. Myla’s pit-bull attorney, Joe Tacopina, previously told us that there is absolutely no evidence that she ever asked Humphries for any money.”

So Kris is thinking, if she’s going to involve his ex then why doesn’t he just get Kanye involved in this as well, an eye for an eye, “Kris lawyer, Lee Hutton, has no choice but to depose Kim’s new boyfriend, Kanye West. Kim has publicly said that she and Kanye have been friends for years, and Kris’ lawyers want to know if the two were ever intimate before they went public with their relationship a few months ago. Kris has no reason to believe that Kim was unfaithful to him during their very short marriage.”

At one point, either Kim or Kris is going to have to grow up and act mature about this. All I can say, is looking at these two, marriage can be a very scary thing that I think I’ll avoid altogether. Once it goes wrong, crap just won’t stop coming your way. It’s like tsunami full of crap, in the end it’ll just consume you and destroy your life. It’s a sad world we live in, where marriage can be this scary.