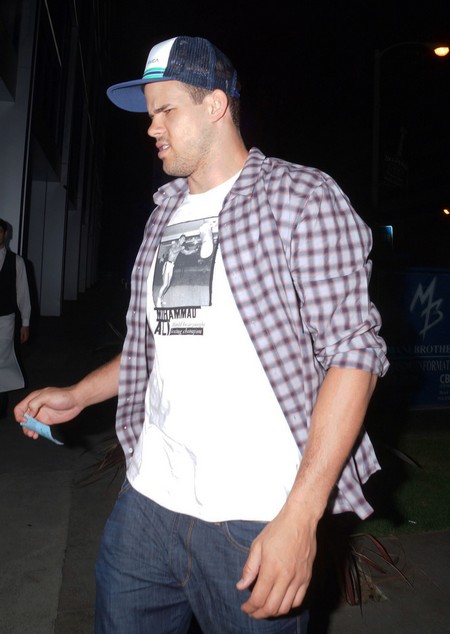 The fairytale horror story developed like this: Kris and Myla were seen together in recent weeks, lounging on beaches with bitches.  Myla attempted to go public with the relationship and Kris reacted by claiming that she tried to extort him, so the buffoon phoned the FBI.

Disturbing reports have surfaced that Kris Humphries phoned Myla’s boss, at her swanky NY hotel, and told him that she is a hooker. We’re asking ourselves, when is Kris graduating from kindergarten? Kris told the head honcho of her job that she was running a brothel out of the hotel and having sex with hotel guests.

Look, we’ve been extremely fair to Kris Humphries in recent news, but this is just getting silly. Myla Fatmire might be the butt (no pun intended) of all fat jokes, but Kris takes the proverbial cake of stupidity and childish behavior with his recent phone calls to Fatmire’s boss.

When will this saga ever end? We know Kris has to portray the heartbroken marriage whore who came a close second in the Kimtrashian wedding saga, but this is getting truly ridiculous. When will Kris ever own up to his own mistakes? Fatmire has experienced the horror of dating a person as famous as Humphries. Hopefully she’s learned her lesson.

Your thoughts on this silly saga below, tell us what you think. Is Kris a man-bitch with too many issues?