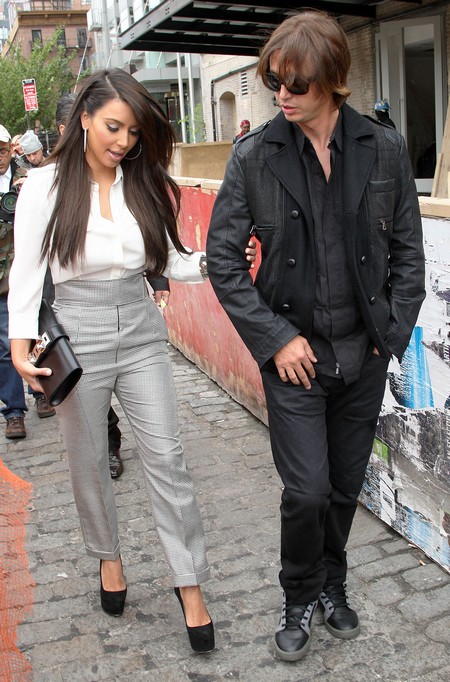 Kris Humphries has proof that he was set up to look like a homophobic moron on ‘Kourtney & Kim Take New York’ and he is going use this to nail Kim Kardashian’s skanky cheating ass in court.  Kris is providing his lawyers with written paper work from the reality TV show’s producers – I love it! Down and Dirty chicas!

Everything is better when you are trying to prove a point in court when it is in WRITING.  This evidence will contribute to Kris’ argument that his entire marriage to Kim was a sham planned by the sex-tape star along with her pimping momanager Kris Jenner.

Well you know that whole fiasco in the show where Kris asked Kim’s BFF Jonathan Cheban if he was a homosexual.  He says it was written in script!  Shut the front door!  They do use scripts and he was “instructed” to ask that question.

Now if you remember he caught a lot of backlash from that because the whole episode was geared to make Kris look like a homophobic fool, which I didn’t believe for one second!  Look I’m from NYC and I had a hard time placing Jonathan and I have a lot of gay friends, so what does a country bobocito like him know.

I never thought Kris had any malicious intent in him at all – he was just doing what he was told to do by the producers of the show.  Anyway chicas’ the court hearings are set for June so let the games begin.

The Humphries want the hearings on TV, apparently so everyone can see how the Kardashians lie and scheme.  Sources also say that his lawyers are, allegedly, going to subpoena Kanye West as to what was the nature of their relationship while Kris was married to Kim, AH suki suki now!

See this is all happening because the Kardashians will not just come clean and say ‘yes this was not a real marriage – it was done for TV.’  Well if Kris has his way this is all going to be on TV, so grab some popcorn and away we go!