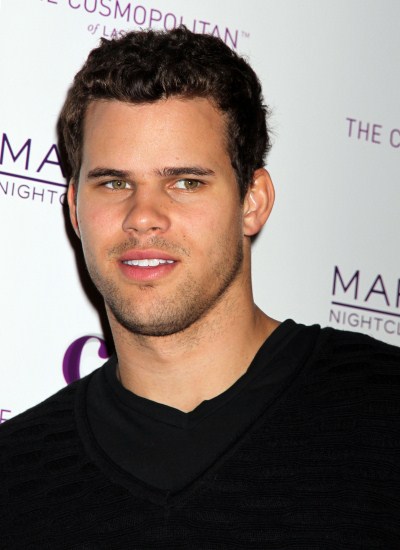 Kris Humphries people are saying that all of the money he made off of his Wedding to Kim Kardashian, and more, is being held against his will by the Kimster. On Saturday a story came out in TMZ claiming that Kris was demanding millions of dollars from Kim to avoid an ugly public divorce – and that he had earned over $1 million from sources related to the wedding. Our research tells us that Kim is desperate to keep her divorce out of court where it will be totally exposed to the public eye.

Now it turns out that Kris might be scammed out of all that wedding money because he was stupid enough to leave it in a joint account with his famewhore wife.  Of course Kris himself must be just as big a famewhore as Kim – else why would he have married her?  Kris has basically admitted that his marriage to Kim was basically a scam.  Did he really think they were going to have a quiet life on ranch somewhere…?

This would not be the first time Kris was ripped off recently.  Kim was disgusted with her new hubby when he was frauded out of a bundle by a scam artist who he invited to their wedding!

Sources close to Kris Humphries say he has no beef with the story we posted yesterday — that he made a bundle off of his wedding to Kim Kardashian — but according to Kris’ camp … the bballer hasn’t seen a penny and Kim has it all.

We’re told before they were hitched … Kim and Kris opened a joint account in which they deposited all the money they made from the wedding and other ventures. Our sources say Kris did indeed get money for selling wedding photos and appearing on the Kardashian reality show … but they say all that money went into the joint account and Kris never got any of it.

Here’s what’s perplexing. Since it was a joint account, Kris would have as much access to the money as Kim. But sources connected to Kris say he’s never attempt to withdraw any of it.

As we reported yesterday … Kris Wants Millions From Kim as part of the divorce settlement, even though they were together in marriage for only 72 days.

Sources close to Kris tell us … he doesn’t even care about the money — all he wants is an annulment.

Problem for Kris is …. in order to get an annulment, he has to prove the marriage was fraudulent, and that’s going to be tough.

The more I learn about Kim and Kris, the more I am convinced that they deserve each other.  What do you think?  Let us know in the comments below.