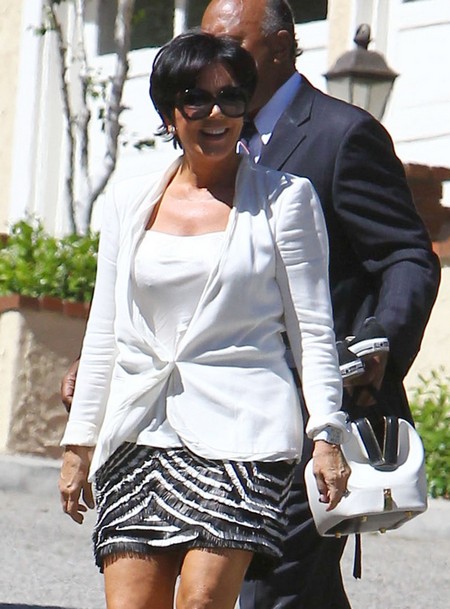 This week on Keeping up with the Kardashians, Kris Jenner revealed to her daughters that she met with Todd Waterman, the man that caused her breakup with Robert Kardashian, 23 years ago. The girls were in shock, Kourtney Kardashian said, “What a little whore,” and then asked Kris if she touched Todd’s p*nis under the table with her foot.

Kris explained that it was all innocent, she just met with Todd to put closure to their affair, but the girls were not buying her story. Kim Kardashian didn’t believe anything that Kris said and wanted her to take a lie detector test.

Kris then tells Bruce about her meeting with Todd and admits to him that she has been fantasizing about Todd for the past 23 years, no wonder Kourtney called her a whore!

Bruce Jenner was understandably furious that Kris went behind his back, their marriage was already breaking down and he is shocked that she would do this, “What an idiot you are,” Bruce told her, plus, “I don’t even know how I can trust you. I can’t believe you did this.”

During the lie detector test, Kris is asked a series of questions and when asked if she is in love with Todd she passes when she says no, but when asked if she would like to have an affair with Todd, Kris says no and the machine goes insane. Bruce walks out, he has had enough. It’s pretty obvious that Kris is still lusting on Todd even though she denies it.

Bruce is so fed up with Kris that he goes to see his son to clear his mind and two start talking about the possibility of Bruce separating from Kris.

What do you think? Has Bruce finally had enough of Kris lusting over her old flame and will he finally dump her?