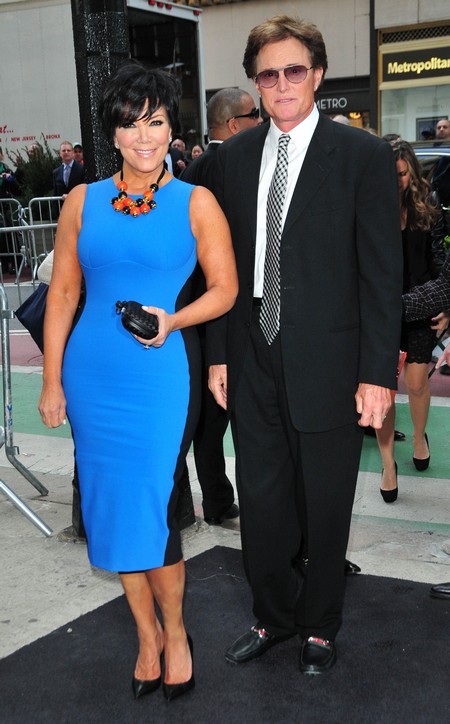 Did you catch last night’s episode of Keeping Up with the Kardashian‘s? Well, as Celeb Dirty Laundry told you last week, Bruce and Kris Jenner’s marriage has hit the skids in a huge way and now it seems that Angie Everhart has something to do with it.  Bruce recently met up with Angie at a golf tournament and the duo quickly reconnected. He wanted to set up a golf date with her, at first explaining it this way,

“I love playing with the ladies. With the guys, they’re always beating on each other and saying dirty things. The girls are more civilized.”

That would be fine, except that there appears to a lot more than golf going on between Angie and Bruce. Playful flirting, hugs, wine during the game and obvious chemistry has set tongues wagging this morning. Kris Jenner decided to spy on one of their games and totally lost her mind because she had never watched her husband have “chemistry with another woman”. Kris then made a bad situation far worse. Instead of confronting Bruce and dealing with their crumbling marriage, she instead went off to meet up with old flame, Todd Waterman. In case you aren’t familiar with the name, Waterman is the man Kris cheated on first husband, Robert Kardashian with. Kris called him because she decided that they had some unfinished business and then as they sat talking she told him she could stay with him for as long as he liked.

So, let’s suppose Bruce had a crush on Angie but still honored his commitment to Kris, She just went and made the same mistake she made before and with the same guy! Angie might be a catalyst and maybe even good for Bruce, but Kris looks like she’s aiming to unravel not one but two marriages with the same putz!

Are Bruce and Kris destined to divorce? Do you see the writing on the wall (in black Sharpie) or do you think somehow they’ll fix this mess? Tell us your thoughts in the comments below!