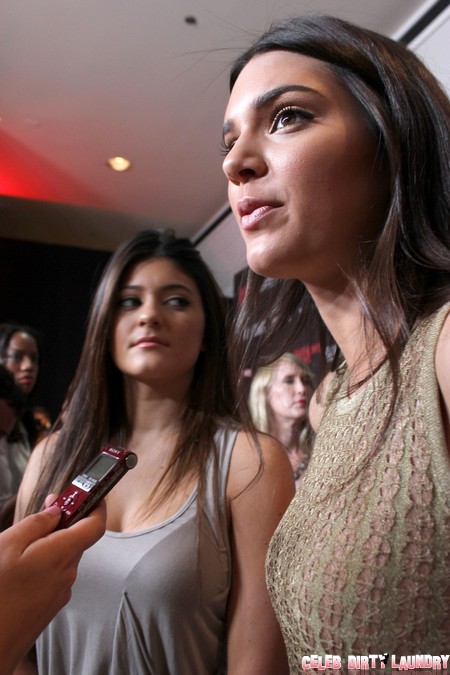 It’s no surprise that Kris Jenner, the mastermind behind the explosive careers of her daughters Kim Kardashian, Kourtney Kardashian, and Khloe Kardashian would take no time on sweeping in and capitalizing on her youngest daughters lives and careers.

Kris is making big plans for Kendall, 17, and Kylie, 15 – wanting them to follow in the steps of the famous (well maybe not so much now) Simpson sisters, Jessica and Ashlee.

Both Jenner girls (their father is Olympic athlete Bruce Jenner, otherwise known as Kris’ little b**tch) have been dabbling in the fashion world, with Kendall having recently travelled abode to strut her lean legs on the runways.  Now it’s being said that Kris wants her two youngest girls to not only rule the fashion world, but also start a cosmetic and jewelry line.

“Kris has big plans for Kendall and Kylie,” a source told RadarOnline. “Buoyed on by the success of Kim, Kourtney and Khloe, Kris has guided her youngest daughters to follow their older sisters into the fashion world.

“They will concentrate specifically on the teenage market and rival Jessica Simpson’s fashion brand and produce many different things. Kris wants them to own the fashion, jewelry and cosmetic industries and wants Kendall and Kylie to put their names to various products. Kendall and Kyle have both been trademarked, so the ball is already rolling.”

I can’t say I’m surprised by money and power hungry Kris to do everything in her power to get the girls star on the rise – but I have to ask, at what cost?  Kris’ marriage to Bruce is already on the edges of divorce, with Bruce said to be at his wits end with Kris.  And can you blame him?  He’s obviously worried about the well being of his two young daughters, having been privy to the cost of fame with regards to his older stepdaughters.  To say their lives are normal is quite an understatement.

And I wonder, has anyone asked what Kendall and Kylie want?  Neither of them is out of high school, nor IN school at all, and although the glamorous appeal of living the social life like their sisters is evident, there’s always time for fame. I foresee trouble for these two ahead, especially if their parents 21-year marriage comes to an end.  I blame Kris – she doesn’t have her priorities straight, which should be marriage and family first – not money and fame.  But wait, this is Hollywood – who am I kidding.