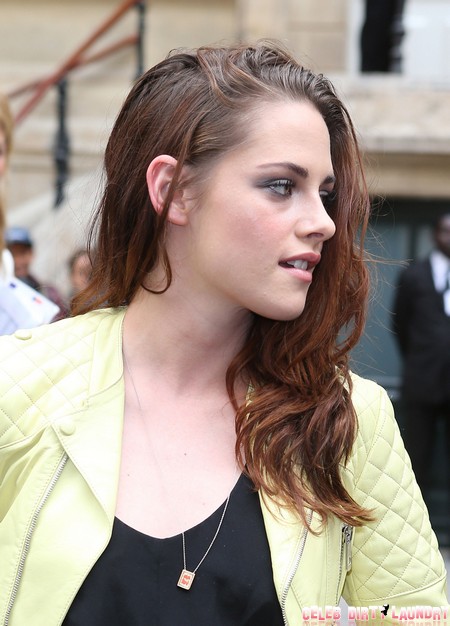 It seems as if you’re dumb enough to cheat on your boyfriend in the middle of the day and get caught, why not try it in the middle of the night. Katy Perry’s birthday bash was this weekend and although her friend, Robert Pattinson, was a no show his girlfriend made an appearance. However, Kristen Stewart brought her own date, Marcus Foster who just happens to be friends with Pattinson.

Perry’s birthday bash was held at the Magic Castle and it seemed as if Stewart had no worries at all, a source saying “She looked happy and was surrounded by her friends the whole time.” You have to wonder though why Perry would invite Stewart and not Pattinson. Or maybe Stewart just took his ticket…

If you remember a while back there were rumors buzzing about a possible Pattinson- Perry love connection. It only seems fitting though that Perry herself dressed up as a vampire with blood red eye contacts. Even though Perry’s on-again boyfriend John Mayor was there, you have to wonder if she got dressed up for Pattinson to see her as vampire? I may not be a Perry or Pattinson fan myself, but I do think that they both deserve better than their current significant others.

Since Pattinson started doing promotional work for Twilight and is down in Australia it seems Stewart is content in LA. I wonder why she didn’t go. Do you think that Pattinson told his friend ‘Hey man, go with Kristen, keep an eye on her for me?’ Or do you think that they both went because they share something in common, Rob. Another theory behind all this is that yes, they aren’t really back together, they are only pretending to be together so they can promote the last Twilight movie. Looks like we’ll just have to wait and see.