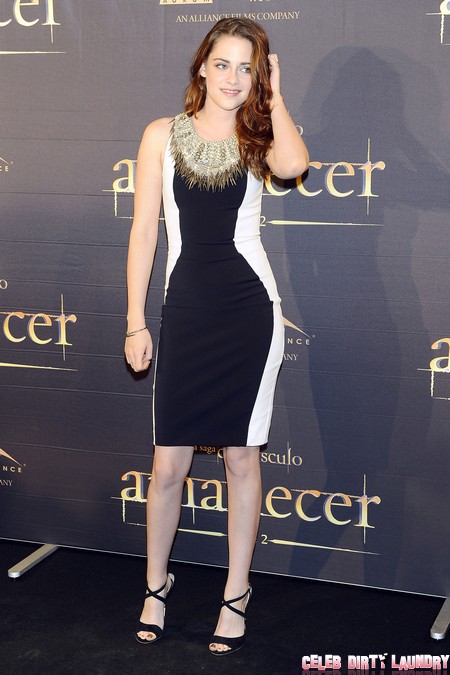 Kristen Stewart’s acting chops have been criticized by many – but also praised by others.  While some might find her to be one-dimensional, I think her future is looking bright in Hollywood.  And Kristen herself might tend to agree.

The Twilight star attended the Academy Of Motion Picture Arts and Sciences’ Fourth Annual Governors Award on Saturday evening, suggesting to some that she is setting her sights on an Oscar nomination for her role in Walter Salles’ On the Road.  So she thinks she’s that good does she?

The movie is based on the novel by Jack Kerouac of the same name, with Kristen taking on the role of Marylou, the girlfriend of Garrett Hedlund’s Dean Moriarty, a character that Kerouac based upon his real-life friend and idol, Neal Cassady. While I have yet to see the film, I find it hard to imagine that Kristen would consider herself Oscar worthy so early on in her career – the girl’s got some meatier roles ahead that would no doubt highlight her skills and talent as an actor, this film not being one of them.  But then again, what do I know…

Oscar motivated or not, Kristen looked radiant in a black and silver lace Talbot Runhoff dress, with Christian Louboutin shoes.  It must be said that Kristen’s style is shaping up for the better!  Every premier I’ve seen her at, she is looking gorgeous.  Unfortunately, our boyfriend Robert Pattinson was nowhere to be seen and opted out from the ceremony.

While the event recognizes achievements, it is also an opportunity for actors to meet with members of the Academy who are ultimately the ones casting their votes for the 2013 Oscars.  So was Kristen kissing some serious you know what?  Why the heck not!  So why wasn’t Rob there schmoozing as well?  Reports surfaced that he was spending time with Richard Gere – huh??  I’m going to go out on a limb and say that perhaps the two aren’t new-found besties, but rather in talks to work together on an upcoming project.

Well I say good luck to you KStew…although until I watch the movie, the jury is still out.