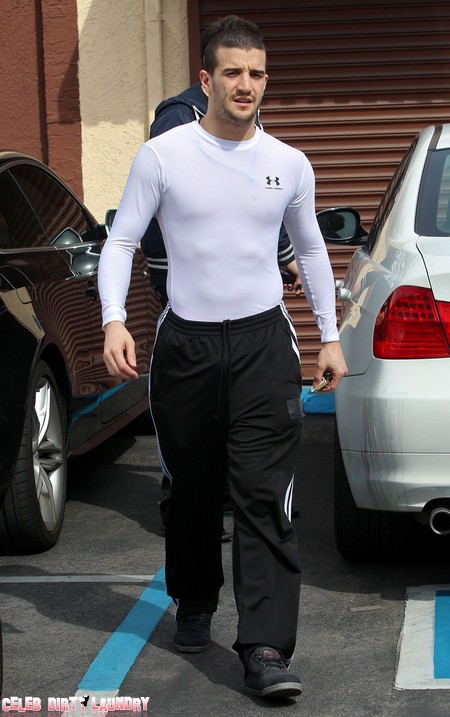 Jaleel White supposedly had a vicious fight with Kym Johnson and Mark Ballas on the set of DWTS during rehearsals.  Now Mark has denied that the story is true.  Is he covering up to protect the show or is he telling the truth?

The altercation was so intense that producers had to step in to separate Mark from Jaleel!  Jaleel was so enraged that he was thrown out of the studio for the rest of the day.  And it all started when Jaleel stepped on Kym’s foot during a practice session.

TMZ exclusive breaking news:  Mark Ballas tells TMZ … he was NOT the target of a Jaleel White meltdown during a “Dancing with the Stars” rehearsal session last week … despite reports to the contrary.

Mark was leaving Hyde in L.A. last night (the same one Paris, Lindsay and Britney used to party at back in the day) … when we asked about Jaleel’s alleged meltdown … in which he reportedly screamed at his partner Kym Johnson before going off on Mark.  But Ballas says the whole thing is a “complete fabrication” … telling us, “We’re in L.A. man … everything’s fabricated.”

As we reported at Celeb Dirty Laundry yesterday:  Jaleel White lost his temper at his DWTS professional dancing partner, Kym Johnson, and producers eventually had to intervene to prevent violence as Mark Ballas came to her protection. White was rehearsing on Friday when he stepped on Kym’s foot causing her to cry out in pain. Rather than apologize, the Jerkel started screaming at her – calling her an ‘idiot’ – and ‘got in her face.’

Fellow competitor Donald Driver tried to calm White down to no avail – he became angrier and started cursing producers. Poor Kym left the studio in tears and by then pro dancer Mark Ballas had had enough! He confronted the enraged bully and got right in his face – at which point producers intervened just before the two came to blows and banished White for the rest of the day.

What do you believe? Is Mark just covering up the truth at DWTS’ orders?  Did Jaleel really unload on Kym and Mark?  Will this affect the rest of the season on DWTS? Let us know what you think in the comments below.