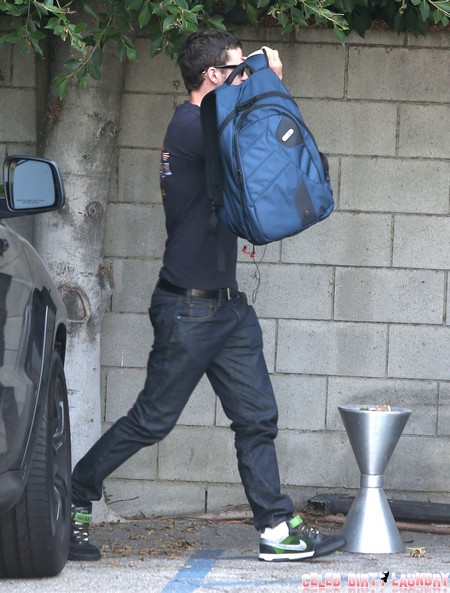 Putting rumors of a break up earlier this year to rest, former *NSYNC frontman Justin Timberlake, 31, wed 7th Heaven star Jessica Biel, 30, in a ceremony in Italy on Oct. 19. The couple were surrounded by loved ones and only a few celebrity guests making for a quiet and intimate affair. Unfortunately, it looks like marriage is making everyone’s favorite producer, singer and actor a bit green around the gills.

But was it the week long wedding party that made the former Mouseketeer ill, or was it the reality of marrying his long time tag a long Biel? Reports of the two meeting up in secret emerged as early as 2007 and social media has followed their on again off again situation since. In March 2011 it was rumored that the couple had finally called it quits after years of dating. But by Christmas of last year the couple was snuggled up a fire in Jackson, Wyoming getting engaged leaving Britney Spears fans around the world with a terrible taste in their mouths.

A taste apparently shared by Timberlake who took ill the week of his wedding to the Total Recall star. A source reports to Us Magazine that “Justin wasn’t feeling well all week and on his wedding day… (He) stayed with his family most of the time. They had a schedule of everything for guests to do throughout the weekend.” While family and friends close to the couple spent the week celebrating their nuptials, Timberlake took ill, unable to rock anyone’s body, especially his bride’s.

And now fans are left wondering if Biel is the woman for the Sexy Back singer. Timberlake was linked to Cameron Diaz, Olivia Wilde, Scarlett Johansson, and Alyssa Milano, all of whom could nurse Timberlake back to health if Biel is the cause of his symptoms.