More Scandal For Prince William And Kate Middleton! Italian Tabloid To Print Everything 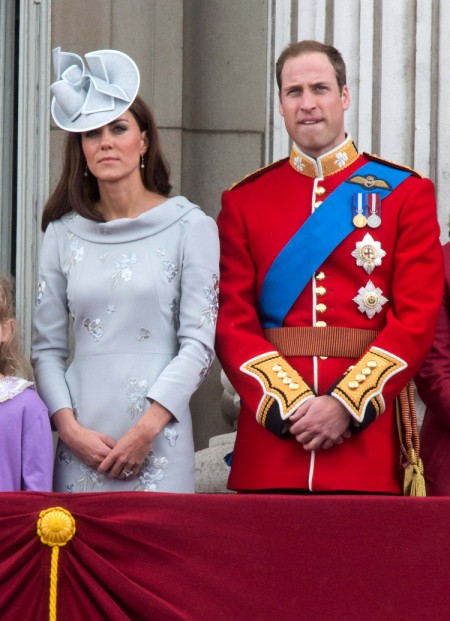 It’s one step forward two steps back for an “embarrassed” Prince William and Kate Middleton. Suing the French tabloid, Closer magazine, seemed like the best idea when they woke to find Kate Middleton’s boobs splashed all over the glossy gossip rag yesterday but that might not be enough. Italian magazine, Chi, is picking up the flag of its fallen comrade and reportedly will publish all the elicit photos taken during the vacation in Provence in a 26-page spread next week.

Chi editor, Alfonso Signorini, explained his reasoning to the BBC and said, “The fact that these are the future rulers of England makes the article more interesting and topical. This is a deserving topic because it shows in a completely natural way the daily life of a very famous, young and modern couple in love.”

I love how these editors keep spinning the young royal couple in love story and don’t even mention that they’re publishing topless pictures of the future Queen of England. They’re playing stupid! But it hasn’t worked out so well for Closer. The mag has taken the scandalous photos off the website and it’s been rumored that court proceedings could begin on Monday to prohibit future pics from being used. I applaud Prince William’s tough stance but it might be too late. Both Chi and the French Closer are owned by former Italian prime minister Silvio Berlusconi. I’m not up to date on the privacy laws in Italy but I’d assume the pics were passed along because Kate and Wills would have less of a case in Italy? I’m not sure. These tabloids and their lawyers had to have been prepared for this so I’d assume Chi wouldn’t plan the spread unless it knew it could stand against legal threats.

So what do we have to look forward to next week? More grainy pics to be sure but also some Kate ON Wills. Closer’s editor hinted that there are still plenty of pics and they are more intimate in nature. More intimate then the one of Wills slathering suntan lotion all over Kate’s ass crack? Afraid so. Some people have mentioned sex but I highly doubt it. This is Kate and Wills not Harry and Chelsy! There’s probably some hugging and kissing, maybe some petting but I’m sure that’s it. I hope that’s it for their sakes! What we do know is there will be a lot of them to flip through. Closer only had a four-page spread so it chose to leave out quite a bit. And the editor received death threats from those! Perhaps Closer only chose the best and clearest to publish but I think it knew the sh-t it was getting into and might have picked the safest – boobs, butt crack but nothing kinky. Makes you wonder what Chi has up its sleeve!

Will you check out the photos if they’re published? Come on, you know you will! Are William and Kate wasting their time? This is William’s show. Apparently Kate was willing to turn a blind eye… naturally. Should they just ignore the photos and move on or do you believe precedent needs to be set? Oh ya, they hung out in a rainforest in Borneo today. Does anyone care anymore? Is the tour completely ruined?