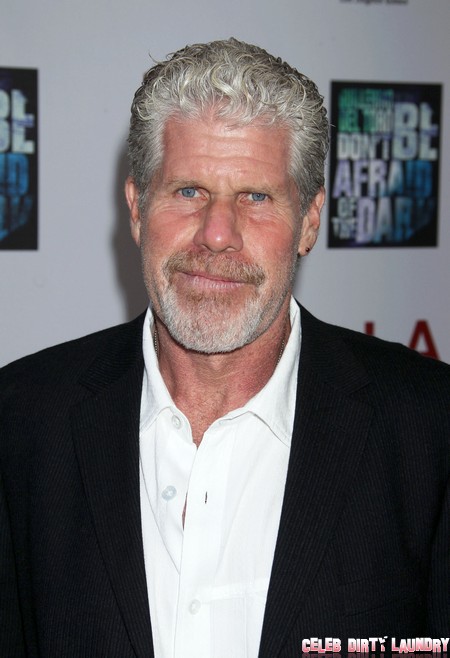 Jesse James never makes news with headlines like, “Hero Saves Family From Burning Treehouse,” or “100 Motorcycles Donated To Make A Wish Foundation.” More typically, Jesse is being called out on a new cheating scandal, for dressing up like Hitler, or for violating California emissions regulations on his custom choppers.

Today I’m here to tell you about Jesse James as an actor. He got a role on the hit show, Sons of Anarchy, but was reportedly fired after the show’s standout star Ron Perlman (perhaps most famous for his killer performance in Hellboy) voiced concerns that Jesse would bring a lack of professionalism to the show.

That seems a bit extreme, right? We’ve heard of plenty of big-name actors who are challenging to work with! Ron is just being a diva, right? WRONG.

A few years ago, photos surfaced of Jesse James posing in the Nazi salute. For those of you who want to play it off, perhaps citing Prince Harry’s own Nazi costume mishap, best regroup. The Nazi movement is, unfortunately, still alive. It is now referred to as “Neo (new) Nazi,” who are typically defined as racist, anti-gay, anti-Semetic, and white supremacist. This is not a light-hearted joke, or even a “way too soon” joke. There are still perverse people in the world full of hatred.

We’ve heard that Jesse James is a collector of Nazi memorabilia. This is more than just historical respect or intrigue; Jesse really seems to support the movement.

Fortunately, Ron Perlman, who happens to be Jewish, spoke out and told the Sons of Anarchy crew that he would quit the show if Jesse guest starred. And I completely agree! Jewish or not, I certainly wouldn’t want to spend my days working with someone who is a womanizer and pathological liar, but who also is sympathetic with Nazi views!

The National Enquirer reported that Jesse’s ex wife, Sandra Bullock (on whom he cheated with eleven women!) doesn’t feel for him at all. She thinks karma has caught up with him.

It’s great to see people standing up for equality and tolerance. Ron Perlman, who, among other amazing things, worked with Make A Wish to visit a boy while in full Hellboy prosthetics and makeup, clearly values a discrimination-free workplace. We here at CDL are so proud to see him hold true to his values!