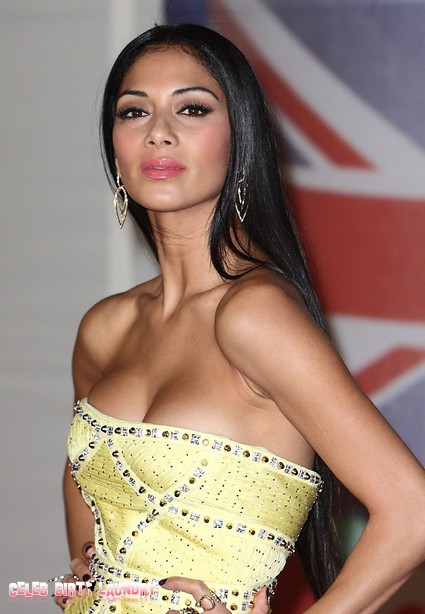 Nicole Scherzinger fancies herself a hot chick and claims that Simon Cowell is “afraid” of her. The suggestion that sexually tension between Nicole and Simon was responsible for her getting axed from The X Factor USA is absurd. The idea that Simon was so intimidated by her brilliance and good looks that he undermined her on his show is pure conceit on Nicole’s part. The facts are that Nicole came across as an intellectual zero who was incapable of even being honest with the contestants. Simon had all the legitimate ground she needed to fire Nicole along with Paula Abdul, who is a total dunce, as well as Steve Jones who was just too boring.

Nicole lashed out at her former ‘X Factor’ boss after he previously described her as having “Daffy Duck’s brain” as she claimed that he only compared her to the cartoon character because she intimidates him so much.

Nicole said:  “I know I’m not ditzy like Daffy Duck.  If I seem that way, maybe it’s just me being coy. Simon’s just afraid of me.”

Despite being fired from the US ‘X Factor’ after just one series as a judge, Nicole claims she has no regrets about taking part because she did the best she could for her contestants. What a load of nonsense that is. Everyone remembers how Paula and Nicole conspired to coldly eliminate Rachel Crow who subsequently had a temper tantrum on live TV.

Nicole spoke to Vibe magazine:  “I think the biggest thing I have for me is my heart, as cheesy as that sounds. I cared so much about the contestants and wanted to make sure we bring out the best in them.  I gave 110 per cent to that show. I know everybody’s talking about it.”

“They either love me or hate me.  But the one thing you can’t say is that I didn’t give it my all.  I had a wonderful experience being on the show.  I loved being part of my ‘X Factor’ family.  Nothing could prepare me for what I had to go through, all the emotions and stuff, but I have no regrets.”

We won’t be missing Nicole on The X Factor USA.  Simon needs to realize that it takes more than a pretty face to get the ratings he needs. The Voice does not rely on pretty faces – it relies on a fair and exciting system of judging using the sincere and talented personalities Adam Levine, Christine Aguilera, Cee Lo Green, and Blake Shelton – it is 10 times more interesting than Simon’s show.